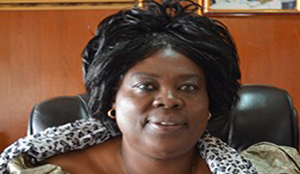 LANDS and Natural Resources Minister Jean Kapata has hinted that one of the highlights in the new Land Policy is the reduction of land leased to foreigners from 99 to 25 years.
Ms Kapata (left) has also warned that her ministry may be forced to revoke 13000 offer letters and re-advertise the plots by January next year if the individuals who were given those documents do not  pay for the properties.
Ms Kapata said during the Patriotic Front Interactive Forum in Lusaka yesterday that the Government had listened to the Zambians’ outcries on foreigners owning land for many years and hence the decision to revisit the land lease tenure.
“No foreigner is going to own land at 99 year lease, we have said 25. The reason we are even late in having the document on the table is on the length of tenure, others are saying, ‘Let’s put it to 15 years, after 15 then you can renew if this person seems to be a serious investor’,” she said.
Ms Kapata warned foreigners who acquired land through the Investment Act but were going against its provisions by demarcating it into plots  that the Land Policy was not going to
condone that.
Ms Kapata also refuted assertions that her ministry was in a habit of giving huge tracts of land to foreigners and yet it was the Zambians who sold land to foreigners and that the Land Policy would give the Government powers to regulate that.
The minister further said that she was lobbying President Edgar Lungu to consider extending to 50 per cent from 40 per cent the number of women owning land in Zambia in line with regional requirements and she was hopeful that the  Head of State would agree.
On the 13,000 offer letters, Ms Kapata said her ministry was now tagging a time-frame of up to one month in which a land applicant would be offered a title deed and that was why it had started opening the customer service centre on Saturday.
She said the ministry was bringing to a stop a situation where people who were given offer letters but held on to them for even up to five years instead of the recommended 90 days without paying and that was why the ministry was contemplating revoking the 13,000 offer letters.
Ms Kapata also said that the Government had completed the National Titling Programme pilot project in Kamwala South and Madido in Chongwe District and that it was rolling out the initiative to all the districts in January next year.
Ms Kapata said the aim of the National Titling Programme was to enable all Zambians that owned land to have title deeds as a way of empowering them to use the document as surety when applying for a loan.
The National Titling Programme would also enable the Government earn revenue as those that had title deeds were required to pay ground rates which would eventually be channelled to national development.