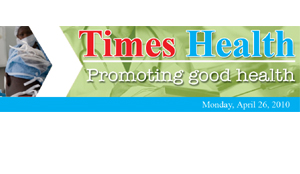 FROM a mere glance, one would not see the agonising pain this woman has lived with for the past seven years as her tummy swelled making her look like she is in the last months of her pregnancy.
Sedia Zibelo, a 58-year-old woman of Chirundu’s Malengo village, visibly in excruciating pain, has endured this agony for a long time from Kafue General Hospital.
But she was recently referred to the country’s largest referral hospital, the University Teaching Hospital (UTH).
Even in deep pain, she puts up a brave face that somewhat reveals her hidden strong character.
She confidently hopes to walk out of hospital totally healed.
She has a collection of water-like fluid in her abdomen such that some of her internal organs like the liver and kidneys remain highly affected.
“At Kafue General Hospital, the fluid in my body was pumped out twice and I was given medicine to help me pass urine regularly,” she narrates.
She expresses soreness for her illness which brought her income-generating efforts to a standstill with the husband neglecting her in this desperate situation.
All she wants from her husband is love and affection as he has already proved previously that he was not able to provide for the family but instead drunk off the little money the wife could made out of her business.
Ms Zibelo is a mother who in the early days of her motherhood just before her infirmity was a productive and passionate peasant farmer with another small business of knitting baby cotton wool cloths.
“My husband has not seen any reason of having me as a wife ever since the day I became ill… I am well aware that he only needed me when I was able to feed him through my simple business of knitting,” Ms Zibelo said said.
One would not stop imagining what kind of a life this woman has faced with a heavy and painful stomach without a responsible husband by her side for over seven years.
Since her ailment started, Ms Zibelo has been nursed by her elder sister Evelyn Zibelo who equally has no job but relies on the little annual farm produce.
Looking at her sister in pain has not been easy for Evelyn who explains that it even shocks her further to see her sister’s husband seemingly enjoying local brew totally unconcerned.
Due to the predicament of insufficient funds, Ms Zibelo has faced a challenge to access further medical tests to ascertain what really has been causing her belly to swell with watery fluids.
“We have been struggling to get finances and for that we are not able to do other tests here at the UTH because we cannot afford the costs,” she explains.
From her sick bed which seems to have become part of her life, she elucidates how she managed to just have a single test on her.
She says it was with help of a nurse at Kafue General Hospital who gave her K50 that she managed to pay for a single x-ray test that cost her K20 at UTH. 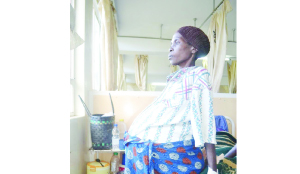 It seems Ms Zibelo’s ailment has really pushed her to the edge as she has practically failed to raise enough funds to help her undergo proper medical diagnosis.
“Where else can I go for help apart from those well-wishers and Government…I am really asking for help so that I can pay for the tests,” she said.
This, according to her sister, has been the case for the past seven years and that it is also impossible to get any assistance from close relations as they are equally impoverished.
Ms Zibelo had six children but four passed on.
She believes she will be fine if all her tests are done and medication received then she can live a normal life.
“When I get better I will make sure I get my business which is farming and knitting move from the stage I was to a higher one and my husband will see that I am not only a strong woman but also a woman of mission,” Ms Zibelo said
She said those words in a tone and anyone that could have listened to her speaking would tell that they were coming from a determined woman.
She appealed for help from people that are willing to help out, for it has not been an easy road for her.
With the endearing days of her life, she believes 2014 will not end without receiving a hand that will finally lift her from the doldrums of spending many years in hospital. She believes that somehow healing is on its way.