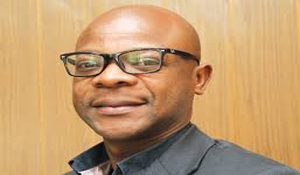 AMBASSADOR to German Anthony Mukwita has urged politicians to speak good things about Zambia to avoid sparking civil strife which could destabilise the nation and turn away potential investors.
Mr Mukwita said Zambians, especially politicians, should appreciate the peace and stability existing in the nation because this could not be said of conflict-hit countries like neighbouring Congo DR where civil strife had driven more than 11, 000 people to seek refuge in Zambia.
“Zambia has good laws and strong institutions firmly in place and things are going well here. But we can easily throw all this into flames if we continue saying Zambia is a bad country,” Mr Mukwita said.
“It is unfortunate that some people have made it their business to bash their own country. This is not good and it does not benefit anyone.”
He said this on Sunday evening when he featured on a Zambia National Broadcasting Corporation (ZNBC) programme ‘The Sunday Interview’.
Mr Mukwita said Zambia was not perfect, but the country had an impeccable peace record abroad and this attracted respect from the international community as witnessed by high profile dignitaries’ visits to Zambia and the huge amount of foreign investment that flocked into the country.
He said when Zambians say good things about the country this would help the international community have more confidence in the nation, thereby helping attract more investments,  a situation which would accelerate economic development.
Mr Mukwita said the Zambian mission in Germany was working to strengthen economic cooperation in areas like energy, trades skills and tourism among others so that Zambia could build its skills and energy bases.
He said the mission was also keen to learn best practices from German, considering that this was the biggest economy in Europe and Zambia could benefit from systems that helped grow the skills base so that skilled manpower could create jobs for the citizenry.
Mr Mukwita said the mission in German was working to connect Zambian
tourism industry players with their European counterparts, stating that entrepreneurs should tap into the opportunities to expand their businesses while Government was finalising modalities to benefit from climate change fund established by the European Union (EU).
He said there was a need for Government to find means of filtering what was published on social media platforms to help protect the country against inflammatory statements that could cause conflict.