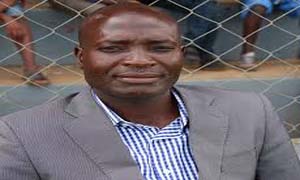 NATIONAL team coach Wedson Nyirenda has remained optimistic of winning the African Nations Championship (CHAN) despite his team not playing any competitive international games ahead of the tournament that kicks off on Saturday.
The team was initially scheduled to play Equatorial Guinea in Tunisia had they left in good time but will instead fly direct to Morocco today, seven days after the planned date of departure.
Nyirenda said yesterday at Nkoloma stadium that the team was looking good and had gone through all the paces of the game.
He said the team will have challenges to acclimatise owing to the few days the team will have after jetting into Morocco ahead of their first game on Sunday against Uganda.
“It’s a worry that we have not played any competitive friendly game but all in all, the team looks good and set for the tournament,” Nyirenda said.
Nyirenda said the weather pattern in Morocco was different from Zambia and that the team needed to acclimatise.
“We are coming from the Southern part of Africa and Morocco is in the Northern part which gets extremely cold. The highest it gets is 17 degrees Celsius and at night, it drops to as low as four degrees,” Nyirenda said.
He said the technical bench was psyching the players to remain focused despite not playing any competitive game.
Nyirenda said playing a friendly game ahead of the tournament does not guarantee winning a tournament.
“Such things happen in football that’s why we were in constant touch with the owner of Circuit City and they were available to give us a friendly. In football, it’s not a guarantee that when you play friendly’s, you win. There are teams that play 10 friendlies before a tournament and lose, while those that played one emerge victorious,” Nyirenda said.
And Football Association of Zambia General Secretary Ponga Liwewe confirmed yesterday that the team will fly out this afternoon aboard an Ethiopian Airways plane.
Liwewe said it was now dependent on the technical bench if they would still want a friendly in Morocco.
“It’s not a source of concern that they have not played any friendly game, this is a team that has been together for a long time and played a number of competitive games together last year,” Liwewe said.