Need for access to lavatories in banks
Published On January 27, 2018 » 2962 Views» By Davies M.M Chanda » Features
0 stars
Register to vote! 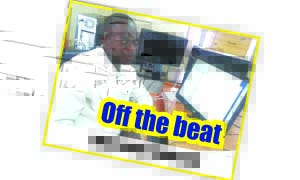 DID you ever realise that you may not have absolute access to lavatories in most Zambians bank even after waiting in a queue to get a service?
Well, imagine standing in a queue for long hours in a bank where one is despite to access the lavatory but the door to the restrooms reads ‘staff only’.
This is a sobering situation that greets clients in most financial institutions in the country as convenience rooms in most cases are a strict preserve of members of staff only.
Although, access to the lavatory is a universal need and public lavatories in banks are therefore supposed to be accessible to customers, sadly for many financial institutions there are not permissible to the clientele who wants to access them.
While the issue of having public lavatories is often overlooked, globally, in some cities such as China’s Shanghai City, there are even maps on rubbish bins showing the location to the nearest public restrooms in financial institutions.
This incentive is aimed at not only wooing the clientele but also acts as an assurance that the customers’ private needs are also taken care of.
But in the Zambian scenario, the lack of clear signage of where customers can access lavatories in financial institutions has often resulted in people walking around desperately trying to find lavatories at any nearest convenience place.
Notwithstanding the irony, customers have no choices but to literally abandon their mission of going to the bank and embark on a tedious journey of searching for a lavatory in order to help themselves before trekking back to stand in a queue again.
It is worth mentioning that having public lavatories in banks is especially important for older people, disabled people, families vis-a vis those with babies and very young children, women, and every customer.
Added to that since hours of operations in some banks have been extended in Zambia,   with some financial institutions opening from 08:00 to 22:00 hours , the need to have lavatories which are accessible to the customers cannot be under estimated.
While it can be argued that some financial institutions would opt not to have public lavatories open to customers fearing that some suspected thieves may want to hide in the wash rooms, the need of having loos forms part of the customer care service.
Customer service care is cardinal as it is the commitment to providing value added services to external and internal customers, including attitude knowledge, technical support and quality of service in a timely manner.
This is premised on the fact that for any business to thrive both product and service delivery must be adequately aligned with customer expectations thus achieving customer satisfaction and loyalty is essential for long-term survival.
It is critical to form a close working relationship with client that is why customer service in the provision of public lavatories though often unnoticed aspect is of vital importance.
This can only be achieved when in many banking institutions there is a provision of regularly overlooked incentives such as convenience rooms which are the valuable ways to differentiate themselves from their competitors.
For achieving excellence in customer service, financial institutions need to clearly know detailed understanding of customer needs, expectations and values and based on these they need to develop unified organisational mindset, processes and systems to deliver the service excellence.
It is little wonder that lack of having public lavatories results in certain groups of people feeling anxious about going to a financial institution.
Older people, for example, would not want to readily leave their homes without the reassurance that they will have access to public lavatories.
There are also people who may be taking medicines for certain ailments such as diabetes and hypertension which requires one to consume a lot of water resulting in frequent visits to the lavatory.
While most financial institutions in the country seemingly attach no importance to public lavatories in the United Kingdom, the first public lavatories in institutions such as banks were introduced in 1852 and some of the finest surviving architectural examples date from this Victorian heyday.
The United Kingdom public health Act of 1936 even gives local authorities powers to ensure that all public places such as financial institutions which attract an influx of clientele provide public lavatories with imposition of fines to defaulters.
In some developed countries, many organisations are campaigning for better provision of public toilets which forms much of written and oral evidence.
The British Resorts and Destinations Association  (BRADA) highlights the importance of good-quality public lavatories for clients who access banks  as it helps  to make a crucial contribution to many local economies.
The British Lavatory Association even has a campaign group with 160 members, of whom 61 are local authorities, and promotes the “Loo of the Year” awards to recognise and reward excellence in public lavatories.
Added to that, in 2001, the Australian Government launched its National Lavatory Map, which identifies more than 13,000 public toilets across Australia.
The map was created to help people with incontinence regain their independence, but it also benefits other groups such as tourists who access public institutions such as banks.
The map includes information on how to access public lavatories and the opening hours for most of the restrooms.
Thus there is need for financial institutions in Zambia to emulate other countries where lavatories are not only the preserve of the members of staff but for customers as well.
This can be done without compromising on security issues.
This is because provision of often overlooked services such as lavatories bonds personal relationships with customers who are an essential part of every business’ survival.
For comments and contributions email:jowitsaluseki@gmail.com