By CHILA NAMAIKO and FRANCINA PHIRI – 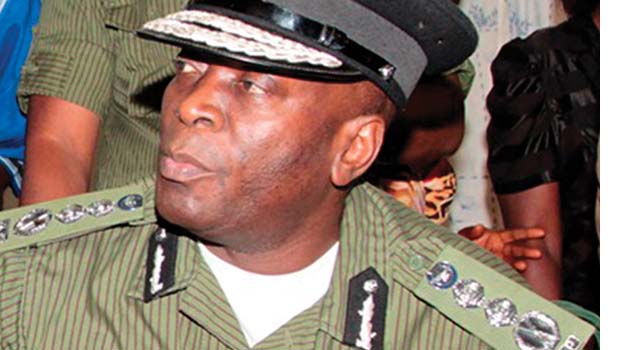 CASES of suspected ritual killings in Lusaka seem to have resurfaced, with Inspector General of Police Kakoma Kanganja assuring members of the public of protection but cautioned against contentment.
Mr Kanganja has assured that security personnel are conducting patrols throughout the night, and has called on members of the public to report any suspicious looking persons to Police.
At the weekend, police in Lusaka picked up the body of an unidentified male person in Paradise area of Matero without private parts, ears, while the stomach was ripped in a suspected ritualistic fashion.
Three weeks ago, another unidentified man was discovered dead with ears and private parts missing and the stomach ripped open in yet another suspected case of ritual killing in Paradise area of Matero.
Meanwhile, Police in Chienge District of Luapula Province have picked up body parts of a two-year-old toddler who was allegedly murdered by a 22-year-old man while acting together with two others who are at large.
Outgoing police commissioner Hudson Namachila said police found a heart, lungs and an ear in a pit latrine on Saturday between 06:00 hours and 08:00 hours.
Incoming provincial Police chief Elias Chushi also confirmed the incident.
Mr Kanganja warned the criminals behind such barbaric acts that the law would catch up with them as Police were working round-the-clock to ensure the people of Matero were protected.
He said in an interview yesterday that people in affected areas should not leave in fear because Police had divided Lusaka into zones.
Through the zones, the Inspector General said the officers were conducting intensified patrols throughout the night.
“I wish also to urge members of the public to constantly collaborate with the Police by reporting all suspicious looking characters in their areas,” he said.
He said the criminals behind such barbaric acts live in communities and called on members of the public to be vigilant and report suspicious persons to police.
Mr Kanganja warned that criminals would not be allowed to commit cruel acts with impunity and officers had intensified patrols to bring to book the culprits.
For the body that was picked up on Friday, police have apprehended a male aged 29 in connection with the murder after the body was discovered around 04:00 hours by members of the public.
Police spokesperson Esther Katongo said the suspect, who lived in the same area, was found washing some blood off his hands and was currently detained in Police custody.
Upon searching his home, police found two pairs of trousers and a pair of shoes all stained with blood and other items yet to be subjected to forensic investigations to ascertain if they were human parts or tissue.
In the Chienge incident, Mr Namachila said that after instituting investigations, the police apprehended Lucky Kafwimbi of Mukunta village who revealed where they had hidden the body.
He said that physical inspection showed that the body had a lung cut and his left ear was removed.
Mr Namachila named the deceased as Gift Chola of Chief Puta’s area in Chienge Village.
“Police managed to apprehend one man who helped in revealing where they had hidden the body of the baby that they brutally murdered for suspected rituals,” he said.

By CHILA NAMAIKO and FRANCINA PHIRI