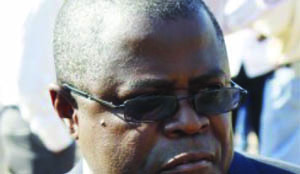 By JAMES KUNDA –
IN an effort to make small-scale trade even easier, Government is in the process of identifying areas at border points where markets can be constructed, Commerce, Trade and Industry Minister Christopher Yaluma has said.
Mr Yaluma said the border markets would obviate the need by traders to travel into the Lusaka and other cities as goods would be available at the borders.
He said the European Union (EU) had availed 15 million Euros in support towards such initiatives in the Common Market for Eastern and Southern Africa (COMESA) region, a process facilitated by the COMESA secretariat in Lusaka.
He said this at Mwami Border in Chipata, Eastern Province yesterday at the signing of the COMESA cross border trade initiative agreement, between the COMESA secretariat and the EU delegation to Zambia.
Mr Yaluma said the programme would work with member states to address issues that may negatively affect the small-scale cross border traders such as harassment, bribery and corruption.
“This will also support activities related to improving the way the simplified trade regime functions, collecting, harmonising and sharing information on cross border trade as well is infrastructure improvements at the borders,” Mr Yaluma said.
He urged small-scale traders to partner with Government and its cooperating partners to ensure that the programme was successfully implemented.
Mr Yaluma said as infrastructure to facilitate proper small scale border trade was being availed; business people in the bracket should abhor unauthorised practices such as use of illegal border crossing points and trade through customs and immigration centres, so that their activities were captured in the national statistics.