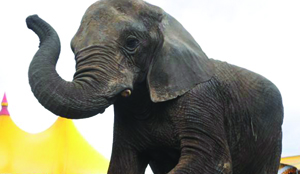 • ONE of the causes of human-animal conflict is people encroaching on game management areas.