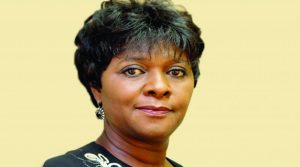 By HELEN ZULU –
THE Government is focusing on building a nation that depends on its own resources for national development by enhancing domestic revenue collections in the country.
Finance minister Margaret Mwanakatwe said this was in an effort to make the country self reliant with regards to use of resources for national development.
Ms Mwanakatwe said how the country collected revenue and uses taxes collected had a great bearing on governance and showed how deeply citizens were engaged in the overall governance of the country.
She was speaking during the launch of the Zambia Revenue Authority (ZRA) service centre in Lusaka yesterday.
“The reason we have to enhance domestic revenue collections as a country is for us to be self reliant.
“We as Government are focused on building a nation that depends on its own resources for national development,” Ms Mwanakatwe said.
She said the ability to show citizens how taxes were utilised as demonstrated by the Government through different developmental projects created confidence in the citizenry that indeed paying taxes created a destiny full of hope.
Ms Mwanakatwe said she was expecting ZRA to proactively engage all stakeholders to help the country cultivate and sustain a positive culture of paying taxes among citizens.
She said ZRA should forge effective partnerships with other agencies to undertake joint enforcement to reduce costs and make tax administration more cost effective, efficient, equitable and responsive to economic growth.
ZRA commissioner general Kingsley Chanda said the opening of service centre at East Park Mall brought ZRA’s service centres to five in Lusaka saying the Authority planned to open centres on the Copperbelt.
Mr Chanda said it was expected that the operationalisation of service centres in different locations of the country would assist to decongest ZRA offices and bring about improved service delivery to taxpayers.
“Another anticipated benefit is increased compliance and revenue collection as more taxpayers will be attended to more efficiently and timely.
“Furthermore, the service centres will result into enhanced public image of the authority which will in return result in building a brand associated with excellent customer experience,” he said..
Mr Chanda said above all, it was foreseen that the decentralisation of the advice centres would bring services closer to the locations of the respective businesses and thus, contribute towards reducing the cost of compliance.