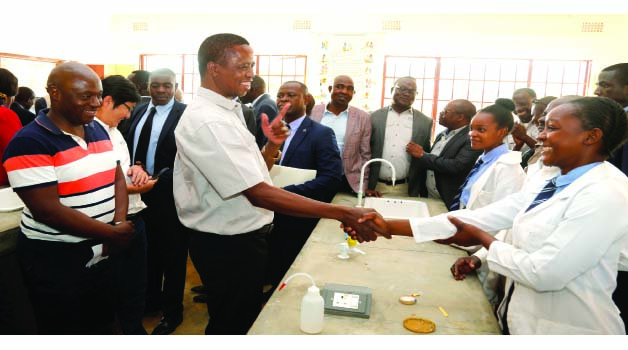 By KENNEDY MUPESENI and JANE MWANSA –
PRESIDENT Edgar Lungu yesterday launched the Chati South Boarding School in Kalulushi constructed at a cost of K68 million and described the project as a game changer in improving teacher-to-pupil ratio in the country.
The school has 13 classrooms, four science laboratories, six computer labs, four art rooms, four home economics rooms, a school hall, a library and 27 teachers’ houses among other facilities.