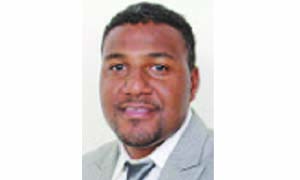 By JESSIE  NGOMA-SIMENGWA –
THE unending cases of gender-based violence (GBV) in Zambia call for a deeper re-examination of the causes, beyond the daily statistics.
It is widely acknowledged that for many years, a lot of work has been done to end the scourge, but it has continued raging in communities.
Research indicates that behind a deceptive outward appearance of perpetrators may be a dark cloud built on a troubled childhood.
To extensively address GBV, all stakeholders should, therefore, look at a larger picture than solely focusing on the actual incidents.
University of Zambia lecturer, Gabriel Walubita explains that some cases of abuse are deep rooted in negative childhood behaviour such as neglect, child labour, bullying, stress and poverty-related matters.
Mr Walubita, a clinical neuropsychologist, said in an interview that an abuser is usually one who has been abused before and, due to frustration arising from this negative experience, they tend to cope by abusing others to gain a sense of superiority and attention.
Most of the abusers are usually men due to the patriachial ideology dominant in the Zambian society.
Gender-based violence happens when one tries to gain and maintain control over the other. Some scholars have described domestic violence as learnt behaviour by the perpetrators.
According to Mr Walubita, both the perpetrators and victims play a role in GBV.
The World Health Organisation describes GBV as a global public health problem of epidemic proportion and fundamental violation of human rights.
Further, research shows that violence against women is the most pervasive human rights abuse affecting every country and community in the world.
It is a matter of deep concern that one in three women experience some form of abuse in their life time.
However, while women are more often victimised, men also experience violence although they do not usually come out in the open as they shy away from reporting for fear of being scorned.
A 2018 third quarter report by the Zambia Police Service public relations unit indicated that 6, 114 cases were recorded compared to 5, 096 during the same period in 2017.
According to the report released by Esther Katongo, the public relations officer, that marked an upward rise by 1,018, translating to 16.7 per cent.
The rising number of GBV cases being exposed in communities may be attributed to the many interventions put in place by the Victim Support Unit of the Zambia Police Service and other interest groups.
Often, perpetrators tend to continue with their abuse because certain factors that motivate them to abuse their partners may not be adequately resolved.
The unhappy past driven by negative childhood behaviour such as neglect, child labour, bullying, stress and poverty most times continue to haunt the perpetrators.
Furthermore, the victims may continue to be silent for fear of losing financial and material support which they receive from the abuser.
Mr Walubita explained that women tend to take their family responsibilities so seriously that any attempts to advance individual goals such as leaving an abused home are usually suppressed for the greater good of the children.
“The abused woman might decide to stay in an abusive relationship to sustain her children and to avoid the stigma that comes with non-marital status,” he said.
Most women in Zambia are socialised into a more passive role than men, which results in feelings of inferiority and submissiveness that most abusers capitalise on.
Women who are mostly victims of abuse tend to be more sensitive to social verbal communication cues and displays of affection to the extent that when the abuser begs for forgiveness with enticing words, the victim is softened by hope that they would not be abused again.
But Mr Walubita outlined the damage that victims suffer as a result of sticking to abusive environments.
An abused person tends to suffer from a combination of different psychiatric conditions such as depression and anxiety.
“Most abused persons are usually conditioned to think negatively due to the false cognitive beliefs that come with their past abuse, resulting in being abusers themselves as a coping strategy to their negative experience,” Mr Walubita said.
Additionally, some victims of abuse cope by engaging in excessive use of harmful substances and other ilicit behaviours to the detriment of their health.
Ndola Young Women’s Christian Association focal point person, Cynthia Shaba echoes similar sentiments.
She observes that some victims live with hope that their abusive partners will change some day.
Ms Shaba said in an interview that some women have had a challenge in making a step as they fear being laughed at by society.
Others who do not have the capacity to engage a lawyer and have been leaving marriages that are not under statutory law are usually affected.
“Some of the cases that we have handled as YWCA include situations where women who come from poverty-stricken homes and have been blessed with marriage fear returning to poverty and being laughed at, hence they decide to stay in abusive relationships,” she said.
It is evident that the effects of gender-based violence are far-reaching and extend beyond the individual survivor, the family and society as a whole.
Therefore, having identified the major causes of GBV as not only the unequal power relations between women and men but the past experiences of perpetrators, it is necessary for all interest groups to change their approach to this delicate matter.