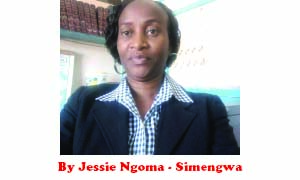 THE rising cases of gender-based violence (GBV) in Zambia in the recent past call for enhanced multi-sectoral interventions in order to halt the scourge.
While women are the majority affected by violence, men too have become victims of GBV and other dehumanising acts.
Zambia has been commemorating the 16 Days of Gender Activism for 2019 under the theme ‘Raising an equality conscious generation against gender-based violence’.
This is a mark of a country which is eager to put a stop to retrogressive behaviour that reverses development gains
Gender-based violence has been recognised as an international public health and human rights issue.
Studies show that that an estimated 35 per cent of women worldwide have experienced either physical or sexual violence.
Women are usually the easier targets owing to unequal power relations between men and women.
The United Nations (UN) defines violence against women as ‘any act of gender-based violence that results in, or is likely to result in, physical, sexual or mental harm or suffering to women, including threats of such acts, coercion or arbitrary deprivation of liberty, whether occurring in public or in private life’.
Different stakeholders have been working round-the-clock to reduce the escalating number, but the efforts are yet to produce the desired results.
A 2019 third-quarter report by the Zambia Police Service gives a clear picture on how GBV has been on upward trend.
During the quarter, 6, 788 occurrences of GBV were reported countrywide, compared to 6, 114 recorded in the third quarter of 2018, translating in a 9.9 per cent rise.
A University of Zambia lecturer observes that women seem to be the victims of GBV which in most cases is associated with alcohol and substance abuse by the perpetrators.
Gabriel Walubita, a clinical neuropsychologist, said in an interview that the other contributing factor to increased GBV cases was the inability of some men to provide for their families.
This leads to increased frustration which causes them to abuse alcohol and later end up in conflict with their spouses.
If they are left with no income to provide for the families, some men develop a sense of worthlessness and resort to being violent.
Mr Walubita further explained that cultural practices in Zambian communities have played a role in the escalation of GBV, especially in the way that girls and boys are socialised within the family setting.
Children, for instance, are aware of gender roles by the age of two or three and acquire these roles through socialisation.
“Socialisation and cultural practices in Zambian communities are also to blame because females are taught not to challenge their spouses even if they are being abused,” Mr Walubita explained.
There is now acknowledgement of the need for marriage counsellors to break this barrier and advise couples to open up when they experience some kind of abuse in the home.
Maliya Sililo, the author of ‘Despite The Bruises’, a book that tackles GBV, echoes similar sentiments.
Ms Sililo writes that the high cases being recorded show that women and men are more aware of GBV as a crime that has to be reported.
She observes that the incidence of GBV could be higher because the belief that GBV is a “family matter” and should not be reported to the police is still rampant.
“The Church must also complete the teaching of women submitting to love and care and the religious teaching asking women to submit to men must be explained in context with the Bible,” she further writes.
She explains that girls are taught to be good wives and gentle with people from birth, while boys are socialised to be tough.
As a result of such teachings, if a man is gentle with his wife, his whole family thinks that he is timid or weak.
Since perpetrators have been identified to be men most times, GBV interventions should involve boys and men as this is the crucial part of the response.
A traditional marriage counsellor in Ndola on the Copperbelt stresses the impact of training both young men and women as a way to reduce conflicts in homes.
According to Christine Nyondo, cohabiting before marriage has contributed to some of the cases of GBV.
“Young women and men are cohabiting even for two or three years before they finally get married, a situation that has contributed to gender-based violence as there is no respect for each other,” Ms Nyondo said.
She said few young women and men were seeking counsel from elders or marriage counsellors on how to live together even after cohabiting.
Ms Nyondo said marriage counselling should include both men and women in order for respect to be attained.
She said lack of respect among couples had contributed to infidelity and insulting each other publicly.
“Marriage counselling is concentrated on a woman leaving out the man. Most men today don’t know how to teach their fellow men.
“It is also common to see young men using any man to represent them in marriage preparations. As a result, they miss out on learning about what would be expected of them in marriage,” Ms Nyondo explained.
The interventions in GBV should also stress economic empowerment and a reduction of alcohol consumption.
As Mr Walubita notes, there should be more recreation facilities than bars in communities to help the unemployed stay focused and occupied at all times so that they do not resort to substance abuse which is associated with GBV.
The Government through its various citizenship empowerment programmes should provide more business opportunities for the unemployed so that they could sustain their families.
Clearly, raising an equality conscious generation against GBV is a task that needs the active participation of all the key stakeholders.