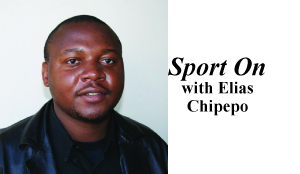 INFORMATION coming through that the players in Zambia Under-17 women’s team are yet to be paid their bonuses for their maiden qualification to the Costa Rica FIFA World Cup finals should be treated cautiously as it has the potential to erode the morals of the young players.
Sports Minister Chishimba Kambwili is on record as having promised the players and technical bench a K10,000 bonuses each for their historic qualification after beating South Africa 6-4 on aggregate last year in November.
I am aware that it is against football governing rules to pay junior teams but Government needs to find a way of motivating the ambitious young girls, who are desperately waiting for what was promised to them.
We may not understand the depth of this concern in the camp and let me not be misunderstood; the fact is the problem may not be as small as others may view it.
Imagine, the girls had to take advantage of the visit of Republican Vice President Guy Scott’s wife Charlotte to the training session to air their grievance instead of approaching the Football Association of Zambia (FAZ).
It is better problems are sorted out now than waiting for poor showing and only to learn that it was as a result of unpaid monetary promises.
The minister put his head on the chopping board at a dinner hosted for the team at Cresta Hotel on a chilly Monday of November 25, so what would stop the girls from crying foul.
The monetary issue has the potential to erode all that has been achieved, however, who knows, even the technical bench could be affected by the non payment because they were equally promised.
Advice to the players to be patient is one thing, while fulfilling the monetary promise is another especially that it has taken too long to be fulfilled.
It is also interesting to hear the response FAZ gave when team captain Memory Phiri, on behalf of her colleagues, complained over the delay to pay them the bonuses.
Interesting in that, the girls have not received their token for their feat but have been told not to concentrate so much on the emoluments but preparations for the tournament.
I am sure the players and the technical staff were itching to receive the money and probably even made several budgets on how they intended to spend their bonus.
The problem is that the delay to fulfil the promise has made them fail to properly concentrate on training and as a result start feeling unappreciated.
As earlier said the minister should have just told the players that some token of appreciation will be shown to them because Government does not cater for junior teams in its Budget except for the Chipolopolo without mentioning the figures.
On the planned Chipolopolo high profile friendlies, it regrettable that after all the hype created of playing top teams, FAZ has settled for Uganda?
Surely I thought we had raised the bar high by attracting teams like Brazil, Jordan and Egypt but gone back to playing the likes of Uganda.
With due respect, Uganda is a good side but I think FAZ should have done better with the opponent or was it that no team was interested in playing the 2012 African Champions?