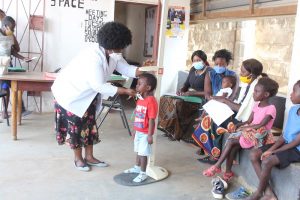 By CHRISTINE MWAABA
KABWE town, long known for being endowed with zinc and lead deposits, has had a perennial lead poisoning problem.
This arises from the long-term pollution caused by mining zinc and lead.It is for reason that Government, with support from the World Bank, is making strides to address the lead poisoning.This is being done through the Zambia Mining and Environmental and Remediation Project (ZMERIP), which seeks to create lead awareness to help behavioural change among local people and remediating the environment to reduce lead exposure.
The project is also strengthening improved enforcement for pollution prevention. ZMERIP National Co-ordinator Gideon Ndalama said ZMERIP is a key project that is addressing the environmental and health impact of lead contamination in Kabwe and other mining towns.
Mr Ndalama said Kasanda, Makandanyama, Chowa, Katondo and Makululu are some of the major areas affected by lead poisoning in Kabwe. This is why equipment has been installed at health facilities in Kasanda,
Makululu, Chowa and Katondo which are serving as centres for lead screening and treatment.
He said the project is also reducing environmental health risks through localised interventions and public awareness activities on the health effects of lead poisoning as well as nutritional supplement feeding programmes. Mr Ndalama said in view of illegal mining activities in the area, storage has continued to be problematic and thus contributing to high lead levels in Kabwe.
There are instances where residents keep lead in their backyards, thereby posing a serious environmental degradation and health risk. In this regard, ZMERIP is strengthening capacity of national and State level
institutions to improve enforcement for pollution prevention that will address the environmental health impacts associated with poor mining practices.
“To address the environmental health impact associated with poor mining practice, we are working with the Zambia Environmental Management Agency (ZEMA), Mines Safety Department (MSD), Radiation Protection Agency (RPA) and municipal councils,” he said. The World Bank funded project is being undertaken through Ministry of Mines
and Minerals Development and involves remediation of contaminated hotspots and improvement of environmental infrastructure in Kabwe and other mining areas. 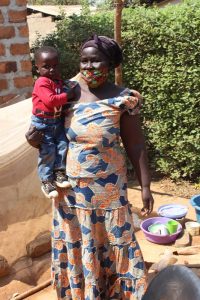 Margaret Kabamba with her grandson in Katondo Township in Kabwe. Picture by CHRISTINE MWAABA.

Mr Ndalama said since the commencement of the programme in April this year, free lead screening and treatment for children mostly impacted by lead in Kabwe has started. More than 5,000 children below the age of 14 have been screened for high blood lead levels and those found with high levels have undergone treatment.
“The project is targeting at least 10,000 children by 2022.“So far, more than 5,500 children have been tested and those found with high lead levels have commenced treatment,” he said.
Mr Ndalama said Government, through the project, has procured lead analysers, test kits and drugs to support health interventions. At the same time, the community is being sensitised on how to prevent exposure to
lead in partnership with local leaders and community health volunteers.
ZMERIP medical officer Tiza Mufune said children with elevated blood lead levels above 45 micrograms per decilitre are being put on treatment after which they are retested to ensure they that they respond to treatment the reduces lead levels.
He said the project, with support from Ministry of Health, has continued providing health education on lead to caregivers and parents during the focused group meetings in the community and during their visit to health facilities.
Medical research has shown that lead exposure at any level could be harmful to people especially children.
Dr Mufune said the programme of screening and treatment of children allowed the community to know the wellbeing of their children and how they can prevent high lead exposure at community level.
Apart from blood lead screening, the children have their nutritional status and general well being assessed.
Makululu Township resident Joseph Mumba complained of illegal mining activities in the area, saying the vice has caused serious health risk to his family.
Mr Mumba said his children are suffering from lead poisoning which has slowed down their growth.
He appealed to Government to intervene because the situation is a serious environmental health hazard in the area that may result in serious health implications among the residents.
“My children are no longer the same. “They are suffering from lead poisoning; I took them to the hospital and this has been confirmed, so we are just waiting for treatment,” he said.
Another resident in Katondo Township, Margaret Kabamba said the lead testing and treatment has helped her know the status of her grand child’s health.
Ms Kabamba recalled how her grandson was also sick due to high blood lead levels until when she went to the hospital and he was treated.
“When I noticed that my grandchild was not okay, I took him to the hospital and I was told he had high blood lead levels and needed to be treated.
“I immediately took him for treatment and he is healthy currently compared to the way he was when he was sick,” she said.
Ms Kabamba commended Government for the lead testing and treatment programme. She said the intervention is appropriate to save young lives in Kabwe. Borniface Musonda, a resident of Makululu in Kabwe, said lead testing was important because it keeps the community informed of their children’s wellbeing.
“We are happy that the children are receiving the free health services. “The community has waited for this opportunity for a long time,” said Mr Musonda who is also a community health volunteer.
Mr Musonda said he had two grandchildren with high Lead levels and he was confident that with the treatment the levels would reduce in their bodies.
He encouraged parents from the affected communities of Makululu, Chowa, Kasanda and Katondo townships to work with the project and ensure that children benefit from it.
Katondo Clinic sister in-charge Selina Sifaya said children were at  risk because they were more likely to ingest lead dust when playing in the soil.
She explained that consequences for children who were exposed to high levels of lead, if not treated, include reading and learning barriers or disabilities, behavioural problems and impaired growth, among others
“Lead pollution is invisible. Lead-contaminated soil is by sight not different from uncontaminated soil,” she said.
Kabwe District Medical Officer Jerry Sinyangwe said health workers had been trained on lead poisoning detection and prevention, testing, post-test counseling and treatment.
Dr Sinyangwe said testing and treatment for high blood lead levels was key in mitigating the risk of contamination.
Dr Sinyangwe said since the start of the lead testing and treatment in April health facilities in Kasanda, Makuklulu, Chowa and Katondo were serving as centres for Lead screening so that those found with high
blood lead levels were treated.
“We have commenced lead testing and treatment in health facilities in Kasanda, Makuklulu, Chowa and Katondo because there are hotspots for high lead levels as they are close to the mines,” he said.
Acting Kabwe District Education Board Secretary (DEBS) Sagwani Sichinga said learners in schools located in areas prone to lead poisoning have been educated on lead contamination to mitigate the problem.
It is worth noting that the ZMERIP project is a timely intervention meant to prevent lead exposure in Kabwe.
The commencement of blood testing and treatment is an essential

safety net for children who may already have been exposed to lead poisoning.