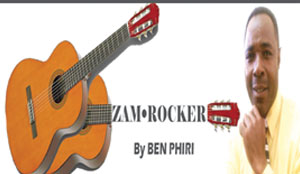 Even a twist of history will not change the position of Zambia’s most adored outfit, the Mosi Oa Tunya Band, which rocked East African airwaves during the early 1970s.
Mosi Oa Tunya or simply referred to as MOT by its numerous followers both in Zambia and Kenya, was a band which walked in the path of ensembles like the once powerful Afro Rock giants, the Osibisa.
Its demise towards the close of the 70s has not short-circuited its deep roots in the Zamrock bowels which still simmer with sounds that reveal the kind of music upon which this country thrived.
Churning out mainly traditional songs, spiced with some English tunes, MOT was Zambia’s first band to set up base in a foreign country, after artistes Nashil Pitchen Kazembe and Peter Tsotsi Juma went to East Africa in the early 1960s.
Within a short time, the band boasting of big names in its ranks became a household name both at home and the entire East African region.
MOT’s true picture began  to unfold in 1972, when  Brian ‘Shakarongo’ Chengala on  western drums, Derrick Mbao Moyo(Bass), Jasper Siliya Lungu (Rhythm), Alex Kunda (African drums and percussion) and George Sitali playing lead guitar, came together to command  an instant impact on the local scene.
It was the band’s songs such as Tsegulani Chiseko, Mpondolo and Jeketi Yama Kowa, that made them an instant hit.
These sounds offloaded at events such as International Trade Fair on the Copperbelt, Agriculture and Commercial show in Lusaka, made an impact beyond borders wooing a number of music promoters mainly from East Africa.
“The band signed a contract soon after performing at the Trade Fair in 1973 and we felt good that we would be performing in a foreign country,” says Shakarongo who apparently, is one of the surviving members of that memorable band.
In a recent interview, Shakarongo explained that, guitarist Sitali, declined to accompany the band to Nairobi due to family commitments and was replaced by Rikki Ililonga who also had a great an influence in the formation of the band..
Florida Night Club in downtown Nairobi, then owned by a powerful Jewish business executive, was the band’s main playing ground where it first etched its name in Kenya.
MOT performed at the Zambezi Resort and later, Starlight night club within Nairobi.
In 1974, the band settled for their debut album, Wings of Africa, which was recorded at Nairobi’s Sapra studio comprising songs such as, Wings of Africa, the Sun, Dark Sunrise, Mpondolo, Njala, Walk and Fight, Chalo Chawama, Ng’ombe Shala, Smoke and One Reply.
The  band’s second album was Give Love to your children, which was fully packaged with songs such as Sunka Mulamu, Starving child,  Ayeyeye,  Katonga (wenze kuni?), When Am gone, My Baby,  Mwana Osauka and  Bashi Mwana (bampela umulandu nshishibe).
Hit singles like Tsegulani chiseko, Mpulula, and Jeketi yamakowa, also came on stream to put the then Zambia Broadcasting Services (ZBS), now Zambia National Broadcasting Corporation (ZNBC) and East African radio stations on their heels.
The band later moved to Mombasa where it rented a villa on a huge coffee farm in the Kiambu area specifically for rehearsals.
“It was quite a big villa and good for our rehearsals and composing of new songs because it was quiet and peaceful,” Shakarongo explained.
But towards the end of 1975, dependable lead guitarist Rikki Ililonga left the pack and headed home in Lusaka to turn solo, producing his debut album, Zambia which included hit songs like Musamuseke (alibe Ndalama).
A Kenyan guitarist John Otieno was quickly conscripted into the band to take over from Rikki.
But he too, quit for unexplained reasons.
Then in came Paul Ngozi, who had just sprung up on the Zambian music scene, with his guitar gimmicks that made MOT to recruit him.
“It was actually me who travelled to Zambia to pick Paul but he only lasted for three months and quit. I don’t really know the reason…maybe he was home sick, I don’t know exactly,” Shakarongo says.
Then a British guitarist Wayne Burns took charge of the lead guitar and tried to change the face of the band but things did not hold as in 1978, a number of problems set in splitting the band apart.
Initially,  it was  some personal differences among the bandsmen over the ownership of musical instruments and then,  the issue of  a passport for the Zimbabwean born Derrick Mbao which was about to expire.
After months of arguments, some instruments were put on sale with other members trying to claim and pick what they played as being theirs and left everything in disarray.
The rift became quite obvious leading to the breakup of the once mighty MOT scattering members in various directions while the rest, headed back home.
It was quite a sad end for MOT which shocked many a follower in Zambia, East Africa and the entire Southern African region, which enjoyed the band’s throbbing music.
Said Shakarongo,” It was unfortunate that the band broke up that way mainly due to squabbles, but I must also say that it was quite an experience”.
On current music by the youngsters Shakarongo added,” The young generation has direction except that, there is need to perfect the music in order to add some substance.”
Now settled in Lusaka, Shakarongo is still very much in music but this time around, conducting various workshops for young musicians locally and abroad.
He is happily married with four children one of them, Natasha 17, is following dad’s footsteps, as a new diva on the block.
This was the band that, not only did it make an impact, but also had great influence on the direction of Shamrock music.
For comments and contributions-e-mail benjphiri@yahoo.com – 0971-933809