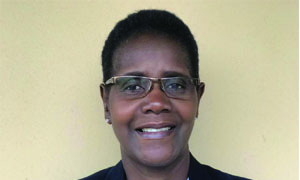 Reports with statistics showing cases of women and girls as victims of Gender Based violence (GBV) have escalated in the recent past, taking all forms of violence and discrimination.

The last global theme celebration of GBV came with the theme: “Orange the World: Fund, Respond, Prevent, and Collect.”

The reports of violence against women have continued to be on the increase despite various interventions that have been put in place.

Recently, Justice Minister Given Lubinda said 61,000 divorce cases were granted in Zambia from 2016 to 2019.

Similar research further shows that out of 20,000 marriages that were dissolved countrywide last year, Lusaka, Eastern and Western provinces recorded the highest cases of over 4,000 divorces.

Divorce is described as a legal dissolution of a socially and legally recognized marital relationship that alters the obligations and privileges of the two persons involved.

Divorce has been seen to be a major life transition that has far-reaching social, psychological, legal, personal and economic consequences.

Women have been seen to bear the worst burden of divorce as it is seen to have a decline on their household income, creating a poverty risk.

Similarly, the disproportionate loss of income, which is often not fully compensated by spousal maintenance, has disadvantaged women.

This violation of their rights is said to keep women dependant on men and later threatens their survival.

For most women in rural Zambia who depend on agriculture, owning land has been a challenge.

This has led to them being vulnerable to domestic violence in their homes.

It has been observed that when women have decision making opportunities and power, they can challenge the structural barriers that cause inequalities.

Stakeholders have observed that many women who are GBV survivors face a double burden of lack of financial resources to sustain their livelihood.

Forum for Africa Women Educationalists of Zambia (FAWEZA) has encouraged women to be assertive when addressing matters that concern their lives.

FAWEZA focal point person for Lusaka Ndiyoi Maliwa said women must be aware about their rights when they are divorced and separated from their spouses, or widowed.

“For women to be assertive entails being able to clearly communicate confidently their ideas and also to make decisions with regards to gender inequality that may affect them,” said Ms Maliwa.

She said women’s property rights are their rights to acquire and manage their property.

“Some women tend to think gender based violence cannot happen to them but to someone else and when they become victims, they tend to procrastinate on what action or step to take,” she said.

Postponing action against GBV has some effects that may lead to stress and frustration which may build over with time and later affect people’s decision making.

She said sometimes, the women fear the unknown or feel that something bad may happen to them.

She observed that women, particularly those married under customary law, are often expelled from their homes with only their clothing.

The women rarely have no control over what happens later.

Ms Maliwa said those who fight back suffer some form of abuse, intimidation and sometimes social stigma by society.

She said some family members consider them to be greedy if they assert their rights.

The GBV theme that was recently celebrated also looks at preventing the vice by raising awareness and the need for women who face many obstacles to claim their property rights.

Similarly, the theme also looked at funding, as there is need to fund institutions to effectively respond to GBV.

“Women need to be aware of their identity and  to position themselves and not  look at what society will say because some women tend to go with the masses and later lose what belongs to them,” Ms Maliwa observed.

She urged women to seek audience with institutions that can provide and facilitate for legal advice.

Ms Maliwa said the legal laws keep changing and, therefore, the need for women to keep updating themselves is important.

She further said writing a will in the Zambian scenario may look cumbersome but it has its own benefits which can address the dilemma that people are facing in society.

She said it is also important to encourage family members to offer sound information and not take advantage of the situation that women may be faced with.

Women in Law and Development in Africa (WiLDAF) highlighted similar concerns relating to women’s equal property rights and how important there economic security, and generally their survival in life, is.

GBV legal specialist Namuchana Mushabati said the justice system today has recognized the rights of women in many ways.

Women are now being encouraged to seek audience with the courts which now handle all claims which are fairly and efficiently addressed.

Ms Mushabati said there is need for more public awareness campaigns to inform the people about women’s equal property rights.

She said today, the law provides for both parties to share the property equally and it does not matter whether or not both spouses contributed financially or materially to the acquisition or development of the family assets.

She said a party to the marriage does contribute either materially or in kind to those assets.

There are several types of marriages into which men and women can enter, such as Statutory, though customary marriages seem to be the most common.

Statutory marriages are those entered into under the Marriages Act.

The provisions of the Marriages Act do not apply to customary law marriages.

She said international human rights also recognize women’s property rights and that they too have the right to acquire and manage property.

With a court system that has been empowered to handle women’s property rights claims fairly, there is need for all stake holders in Zambia to raise more awareness as the fight to achieve women’s equality will linger on.