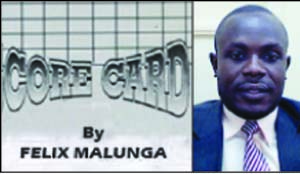 AS Zambia steps up the campaign to convince the Confederation of African Football (CAF) of the nation’s preparedness to host the 2019 Africa Cup of Nations (AFCON), there is need to put in place all the necessary supporting structures apart from just building state-of-art stadiums.
In other words, Zambia’s crusade of building new sports infrastructure should correspond with the erection of some other structures like hotels.
When the CAF inspecting team arrive in Zambia to check on the facilities we intend to use if given the right to organise the 2019 AFCON finals, the structures or indeed our plans for the event should be convincing.
Mind you, we have just over three years to put all necessary structures like stadia and quality hotels in place before the hosting of Africa’s biggest football showpiece in 2019.
So far, Zambia only boasts of the Levy Mwanawasa Stadium in Ndola and Lusaka’s Heroes National Stadium while plans are underway to put two
more structures in Livingstone and Mongu.
Talking about Heroes National Stadium, Lusaka already has top-class hotels, an international airport but there still no access roads to the structure.
We are told the access roads and car park at the stadium will only be ready by October this year.
This was a similar problem we encountered when Levy Mwanawasa Stadium was being constructed in Ndola.
However, for Ndola, there is still an accommodation crisis as the city clearly lacks quality accommodation for events like AFCON.
Since the Levy Stadium was opened in 2012, most foreign national teams
prefer to stay in Kitwe than Ndola because the other Copperbelt city has better accommodation facilities.
Because of this handicap in Ndola, it is difficult to attract top world class teams to face the Chipolopolo at Levy.
The only European national team to ever play on Zambian soil, Norway opted to stay in Kitwe when they played the Chipolopolo in an international friendly match prior to the 2013 AFCON finals.
Rumour also has it that the Football Association of Zambia (FAZ) has been struggling to convince top teams to face Zambia in Ndola because of lack of quality bed space.
This is one of the reasons why FAZ has been failing to engage world-class teams in friendly matches in Ndola.
Once the Heroes Stadium is opened in Lusaka, it will be difficult to take games to Levy Stadium in Ndola.
The challenge therefore is on the business community and all stakeholders to take advantage of this deficit and save Levy Stadium from turning into a white elephant by putting up high class hotels in the city.
Zambians should therefore all be pulling in one direction if the nation is to win the bid to stage the 2019 AFCON.
For comments: malungaf@gmail.com.