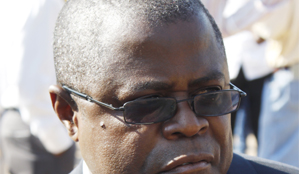 Munali Nickel Mine which has been dormant since 2011, will start operations in June this year following  commecement of  a replanning programme by new investors.
Company Mining and Investments Limited (CMIL) has partnered with China’s Jinchuan Group to revive  the mine that had been put under care and maintenance for the past two years.
Mines Minister Christopher Yaluma said  the new investors had started the re-planing of the mine and would start operations before June, 2014.
In an Interview in Lusaka yesterday, Mr Yaluma said the investors were currently doing some ground work.
“Given the programme, they should be starting full time before June because they are currently doing some ground works,” he said.
Recently, the Jinchuan and a British CMIL signed a long-term joint venture to immediately revive operations of Munali Nickel Mine in Mazabuka which was under care and maintenance for two years.
Operations at the Zambian sole Nickel mine situated in Southern province were paralysed in 2011 due to plummeting base metal prices on the global market.