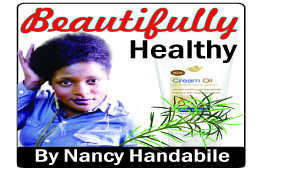 THERE is a new trend in town. It is called colour blocking. When I was growing up everything a woman wore matched, but these days it doesn’t matter.
You can mix blue with pink, green with peach. But the classic case of colour blocking?
FBIs – Former Black Individuals. People who think they have been half dark and light is HOTT. So upper body light and lower dark.
The thing about colour blocked FBIs isn’t just the fact that they want to subscribe to the house slave mentality. The house slave mentality comes from the slavery era.
The lighter slaves were sent to work in the house while the darker ones had to work in the fields. The lighter ones were thus raped and put to breed by masters.
So some slaves grew up with this self-hate mentality but you see no matter how light or dark an African was, they were still Africans and still slaves.
Some FBIs hate dark women. If you are like this Diva here who is dark and LOVES IT, they give you the look worse than the one Nicholas Cage gave in the Ghost Rider.
However, the problem lies not in me or the fact that they know how dangerous it is. It lies in the fact that even the ones who should know better are doing it.
We know a few artistes who are bleaching, some CEOs, some Cabinet people and even some pastors.
Because we all know it’s not just women or wild men who do it. Even some so-called ‘’bad boys ‘’ do it. An example is Vybz Kartel, Jamaican dance hall sexist extraordinaire.
A little closer to home are the gospel musicians, especially the ones who sing rhumba-like gospel music, seriously!!! Perhaps they are trying to recreate a halo or something.
Last time I bumped into one of these Zambian players plying their trade at TP Mazembe looking like a hybrid.
Yes we know that Congolese people bleach their skin but really, do our Zambian players have to morph into that syndrome as well?
As for the women who bleach their children: May you melt in the sun and have your nose fall off.
It’s just not cool. To put highly concentrated chemicals into a sensitive child before it even knows the  rainbow is an outrage.
The thing about bleaching dear wannabe Diva is that no matter how decent or independent you are, you just end up looking like a desperate cheap person (note I am using the person term very loosely right now).
There is nothing worse than some FBI walking in wearing pink leggings, orange top and yellow face.
The brown slippers and black feet are a bonus (ok I am exaggerating but you all know what I am saying).
Please colour-block your clothes, not your body.
I know most people know the dangers of skin-bleaching but in case you don’t know let me refresh your mind.
Bleaching is using products that contain hydroquinone and mercury to change one’s colour. There is also a new product on the market containing kajoic acid. All these products work by inhibiting the production of melanin.
Melanin dear readers is what gives us a dark tone and pigment. Most products contain  Hydroquinone, a severely toxic and very powerful chemical used in photo processing, the manufacture of rubber and is an active agent in hair dye.
Others use Mercury in the form of Mercury Chloride and Ammoniated Mercury, which is carcinogenic (Cancer-causing agent).
These are toxic substances banned in many countries.
Do you want to know what the long-term effects of using bleaching products is? I will list them.
Thinning of the skin and stretch marks, and cancer because bleaching pills are toxic and can cause damage to internal organs such as kidney and liver.
Have you ever noticed how people with bleached skin have an odour from stale, mousy, to fishy as well as rough, blotchy skin, leaving it with a spotty caviar appearance?
According to Pierre Yassa, consultant dermatologist at the Skin Clinic at the University Teaching Hospital (UTH), consumers must be weary of products that are carcinogenic.
Professor Yassa said that the major cause of skin cancer was exposure to Ultra Violet (UVs) Rays from the sun.
He said some cosmetics stripped away melanin from the skin by first attacking the melanocytes, which are the cells that produce melanin.
Melanin is also called a pigment because it is the substance that gives the skin and hair its natural colour. It also gives colour to the iris of the eye.
Prof Yassa says that when the melanocytes are damaged their production of melanin is halted thus UV rays have free reign on the skin.
The scary thing is that melanin is responsible for protecting the DNA (deoxyribonucleic acid) cells, which are the hereditary material in humans and almost all other organisms.
Nearly every cell in a person’s body has the same DNA. It is located in the nuclei of cells, which make up the body.
Consequently, DNA can be considered as one of the building blocks of the body.
So imagine how much havoc is wreaked if your DNA is ruined.
Is it really worth it? You know what I think, let’s just outlaw products that have hydroquinone and mercury.
That’s my two ngwee on the matter. See you next week, hope you have a beautiful week. Am off to the
Awards on Friday so wish me luck and remember there is still enough time to vote.