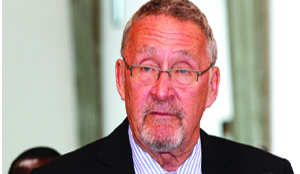 THE continued loss of lives along the Great North Road has put Central Province under the spotlight as the most affected province in Zambia, bringing fear among the travelling public.
Because of those road traffic accidents, fear has gripped some travellers who now see the Great North Road as a death trap.
The fear has brought about a trend of praying each time motorists pass through the ‘black spots’ along the road.
It is also common for many travellers including bus operators to offer a prayer before starting off their journey with a hope that they may reach their destination safely.
The continued reports of road traffic accidents being recorded has in some cases resulted into a belief that some travelling businessmen and women have opted to hire people to travel on their behalf.
From public reactions, it is clear that memories of accidents which recently claimed 50 lives in the post bus accident, 17 from a Toyota Hiace minibus, five from a light truck and another five from a 75-seater bus which also left several people injured with deep scars, are still fresh.
Most people are wondering if the nightmare of the road accidents would ever end.
Fears and concerns raised by members of the public attracted the attention of those in authority which resulted in Vice-President Guy Scott conducting a tour on a fact finding mission along the Great North Road.
Dr Scott said the continued loss of lives was unacceptable and urged the police to ensure that the check points are increased and expressed shock that on his way to  Chibombo, he only saw two police check points.
Dr Scott said the loss of lives was not only costly but unproductive, hence need for an urgent solution to be found, while Government considers extending the road into a dual carriage way.
He called for increased check points along the Great North Road to reduce road carnage.
Dr Scott, who inspected selected black spots along the Great North Road in Chibombo, said it was saddening that productive lives continue to be lost through accidents and  that there was need to find a lasting solution to save lives and property.
Dr Scott, who was accompanied by Central Province Minister Obvious Mwaliteta, Central Province Permanent Secretary Edwige Mutale, district commissioners and other senior Government officials, said: “As I was travelling here, I noticed that there were only two check points along the way. I think there is need to increase the check points to reduce on accidents, “he said.
He said that Government was concerned that the road has continued to claim lives with the last one in which five people died few metres from where the  Post bus  accident  happened.
And Dr Scott later took time to speak to marketeers at John Chinena and explained that Government was concerned with the accidents and that it would work towards finding a lasting solution.
And Mr Mwaliteta explained that there was need to regulate the movement of public vehicles considering that a recent study indicated most drivers were fatigued by the time  they reached Kabwe and yet opt to continue with their journey.
Mr Mwaliteta further wondered why most of the drivers involved in the accidents were Zambians and that  most of the accidents were as a result of human error.
“I want to state that most of these accidents are caused by human error and most of them are coming from the direction of Kabwe and not Lusaka which is the reason we need to regulate the  movement because this is the only way to serve lives,” he said.
Apart from human error, Mr Mwaliteta said the accidents were as a result of the heavy traffic on the road.
He cited the Nakonde-Dar es Salaam through to Copperbelt  and Southern Province, Muchinga, Northern, Luapula  through Tuta road, Copperbelt, Kasumbalesa through to South Africa, Western, Northern Province and international traffic through Chirundu bridge, Kariba, Malawi among others.
Central provincial administration promised to meet the Zambia Police, Road Safety and Transport Agency (RTSA), Road Development Agency (RDA) and other stakeholder to strategise over the continued accidents, a report would be presented to Vice President’s Office for action.
And RTSA chief executive officer Zindaba Soko said plans were underway to put road signs at black spots which would work like reflectors at night.
He said the agency would continue to partner with police in an effort to reduce accidents in the country.
But some residents talked to welcomed the decision by the Government to consider expanding the road.
It is clear that if one had to put lines side by side, one would note that the line through Central Province will be much thicker than others as it would have traffic  passing through which would not necessarily pass through other provinces.
If accidents were as a result of human error, tiredness, dozing or speeding of maybe sheer accidental due to mechanical failures of vehicles what could be the solution?
Given the current scenario, it is clear that there is need to priotise the on-going phase two  of the link Zambia 8000 to expand the road network.