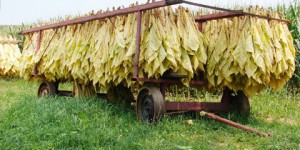 By JUDITH NAMUTOWE-
ROLAND Imperial Tobacco Company (RITCO) Limited is set to invest in the Lusaka South Multi Facility Economic Zone (L S-MFEZ), where it plans to set up a US$20 million primary tobacco processing plant.
This follows the recent signing of a lease agreement with the LS-MFEZ management in which the company will set up the plant to process locally grown tobacco.
Company general manager- Manufacturing Division, Aliport Ngoma said, the wholly owned Zambian company will set up a cut rag that would then be fed into cigarette production.
Mr Ngoma said all was set for the construction that is expected to start after the rainy season as all the logistics were in place.
The plant would greatly benefit from the locally grown quality tobacco which has great flavour.
RITCO has since acquired parts of the ultra-modern secondary machinery from Germany, France and Italy for the establishment of Zambia’s only cigarette manufacturing plant which has been set up in Makeni Industrial Park at the cost of US$8 million.
Mr Ngoma said existing space at the Makeni Industrial Park was not able to accommodate both the secondary and primary plants.
“Once construction of the factory scheduled to commence after the rainy season has been completed, the cigarette factory in the Makeni Industrial Park, will be relocated to the Lusaka South MFEZ,” Mr Ngoma said.
He said with the incentives being offered in the LS-MFEZ coupled with its strategic geographical position, the plant was well set to undertake exports to countries such as South Africa.