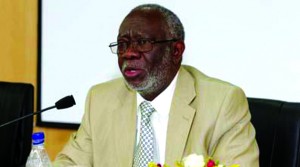 By CHARITY MOONGA-
LABOUR and Social Security Minister Fackson Shamenda has warned, both local and foreign investors not to take advantage of high levels of unemployment to exploit workers.
Mr Shamenda also warned that companies failing to pay their workers a minimum wage risked being prosecuted.
He has since urged workers to report all such companies to labour officers and allow the law to take its course.
In an interview, Mr Shamenda said it was sad that some companies had continued to mistreat their workers, including paying them wages that were way below the minimum wage.
The minister, however, said compliance to the minimum wage since it was adjusted in 2012 was generally good.
He said Government was particularly concerned with reports of abuse of workers in the tourism industry in Livingstone.
Government has since made changes to the labour office in Livingstone and was currently getting details on mistreatment of workers there.
“We are concerned about Livingstone and as Government we will not entertain any abuse of workers. However, those who are lazy or misbehave at places of work will not be protected by the Government,” he said.
He said those workers who are being abused, even sexually, should not be shy but come out in the open and report such issues to the police because they were criminal matters.
“I want to assure the Zambian workers that no worker will be dismissed unjustifiably. No Zambian worker will be victimised unjustifiably because Government will not allow that. Employment is a right,” he said.
He further condemned companies that offer contracts that bordered on casualisation.
“We have investors who are always renewing contracts every after two years for more than 10 years then they terminate those contracts. A contract can only be renewed for two terms not for so long,” he said.
And Mr Shamenda has said Government plans to reform labour laws had reached an advanced stage.
He said a consultant was coming to Zambia to assist reform the labour laws in the country.
“We are now at consultancy stage and our intention is to compress the 12 pieces of legislation and reduce them to six,” Mr Shamenda said.
He said Government would carry out the reformation of labour laws in phases.
“The employment Act will be on its own and will deal with the rights of workers. We are on course with the labour reforms and before the end of the year, we should have achieved something,” he said.