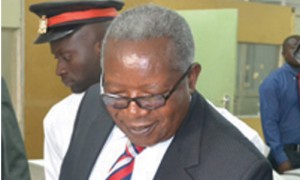 ZAMBIA’s National Biodiversity Strategy and Action Plan (NBSAP) formulated in 1999 will be reviewed this year to align it to the country’s development agenda and make it more responsive to emerging challenges such as climate change.
Lands, Natural Resources and Environmental Protection Minister Mwansa Kapeya said the country was also in the process, albeit belatedly, of preparing its Fifth National Report to the Conservation of Biological Diversity (CBD) secretariat to share its implementation efforts and highlight challenges the country was facing.
He said this in Livingstone at Protea Hotel in a speech read for him by Lands, Natural Resources and Environmental Protection Permanent Secretary Inutu Suba.
This was during the official opening of the regional workshop for capacity building for conservation and restoration of ecosystems for Eastern and Southern Africa.
Delegates attending the meeting are from Botswana, Kenya, Mauritius, Mozambique, Rwanda, Seychelles, Swaziland, South Africa, Uganda, Tanzania, Namibia, Malawi, Korea, Zimbabwe and Zambia among other countries.
Mr Kapeya said Zambia was grateful and proud to host the workshop as it resonated well with national goals on environmental management in general and biodiversity in particular.
He said the country boasted of many game ranches, bird sanctuaries, botanical reserves, fisheries, as well as heritage sites.
“In open areas beyond our protected area network, the Zambian Government has consistently been promoting sustainable use of our natural resources in order to avoid depletion and undermining our natural resource base,” he said.
Mr Kapeya said Zambia was party to a number of multilateral environmental agreements including the CBD.
Zambia signed the CBD on June 11, 1992 just after being opened for signature on  June 6, 1992 in Rio De Janeiro, Brazil and ratified it on May 28 the following year in 1993.
“The country has since taken a number of steps in the implementation of objectives of the convention.
These include the promotion of conservation of both fauna and flora with 20 national parks and 36 game management areas set aside for wildlife conservation,” he said.
In forestry, Zambia has dedicated more than four million hectares of land to forest reserves of which, 485 are national forests, while 305 are local forests.
Mr Kapeya said Southern Province had a total of 31 forest reserves consisting of seven national forests and 24 local forests.
Speaking at the same function, Food and Agriculture Organisation (FAO) representative Doug Maguire said the workshop was not only about conservation but also on matters of food security and poverty alleviation.
Mr Doug Maguire said there was need to enhance food security and poverty alleviation on the continent.
United Nations Environment Programme (UNEP) representative Kamar Yousuf called for concerted efforts to promote the conservation of nature.
CBD Secretariat representative Sakhile Koketso and African Union (AU) representative Bather Kone also spoke during official opening.