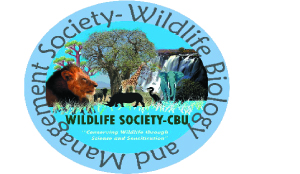 EXOTIC species are those species that are not indigenous to a particular place or region but are introduced from other places. They often arrive with human assistance in a habitat it had not previously occupied, then establish a population and spread autonomously.

Most of these non-native species die under the new, unfamiliar conditions, but as worldwide movement of people and goods increases, thousands of so-called invasive species make their way abroad and drive out or infest native species.

In as much as these species contribute to the flora and fauna of different regions, they are also considered as invasive species that pose conservation threats to many ecosystems today and have contributed to ecological  extinction of different animal and plant species. Invasive species threaten global biodiversity and often damage commercial crops.

Some may directly outcompete natives — for nutrients, light, or water in the case of plants, or for food, shelter, or nesting sites among animals. Typically, the species that coexist in ecosystems have evolved together for many generations.

These populations have established balanced interaction with each other that enable all populations in the area to remain relatively stable and introduction of the exotic species in a community may disrupt the interaction ecology among organisms and which may become either serious predators or competitors.

Being species that contribute to ecological extinctions, invasive species can produce a bewildering array of impacts and impacts often depends on context; the same introduced species can have minimal effects on native species and ecosystem in one region but can be devastating somewhere else.

Further, the same species can affect native species in several different ways simultaneously. However, a good way to understand the scope of the threat posed by biological invasions is to classify the main types of impacts.

In a world where a large proportion of native plants and animals are clinging to survival in increasingly isolated or degraded patches of habitat, invaders are often the final straw that dooms these native species to eventual extinction.

Ecosystem modification is the greatest impact of invasive species because such modifications are likely to affect most of the originally resident species. This includes invaders that alter the local environment to an extent that the site is no longer suitable for the natives.

In one example, the decaying leaves of purple-flowering musk thistle release into the soil substances that suppress the growth of competing plants and create bare patches where only thistle seed can sprout.

This is one way in which the physical structure of the habitat is changed. Species can also modify the entire ecosystem by overgrowing and shading out native species.

Resource competition is another serious impact of invasive species on various organisms across communities.

Studies done in Great Britain suggest that the introduced North American grey squirrel forages for nuts more efficient than the native red squirrel leading to the decline of the latter species.

The same North American grey squirrel species has recently invaded the piedmont in Italy and is spreading, leading to concern that the red squirrel will also decline on the mainland of Europe.

The house gecko from Southeast Asia and parts of Africa has invaded many pacific islands, lowering insect’s populations that serve as food for native lizards, whose populations have declined in some areas.

While ecosystem modification and resource competition are greatest impacts of invasive species, predation is one of the most dramatic and frequently seen impacts of exotic species on native species.

Probably the most famous cases are of mammalian predators such as the ship, Norway rat, pacific rat small Indian mongoose and stoat introduced to islands that formerly lacked such species.

In many instances, native bird species, not having evolved adaptions to such predators, nested on the ground and were highly susceptible to the invaders.

Introduced rats for example have caused extinction of at least 37 species and subspecies of island birds throughout the world.

Helena in 1513 are believed to have eliminated at least half of 100 endemic plant species before botanist had a chance to record them.

In some cases, non-native species may be closely related enough to crossbreed with native species, thus damaging native populations through genetic invasion.

The threats to freshwater areas and ecosystems are extensive and varied. Many plants also threaten freshwater ecosystems. Salt cedar, also known as tamarisk, is a deep-rooted tree that has dried up springs and ponds and has drastically narrowed the channels of rivers throughout the West.

In the East and Midwest, exotic waterweeds such as hydrilla, water hyacinth, and Eurasian milfoil have mushroomed, choking out native organisms and seriously hampering navigation, fishing, municipal water systems, and other human uses.

Therefore, it would of course be impossible to unscramble the world’s biota and send all non-native plants, animals, and microorganisms back to their places of origin.

Our diets, our parks and gardens, our very culture would be immeasurably poorer without imported organisms.

The challenge is to protect and make use of the world’s rich living heritage without allowing the small but significant contingent of biological invaders to cause further economic and ecological harm.

Where invaders are already established, eradicating them is rarely possible. Instead, agriculture and forestry officials, wildlife reserve managers, government agencies, and others responsible for the health and productivity of our lands must devise on-going programs to minimise the damage the invaders cause and to control their spread.

The key to eradicating an introduced species before it can spread widely is an early warning rapid response system, and early warning requires an ongoing monitoring program. Because of the great expense of trained staff, few if any nations adequately monitor consistently for all sorts of invasions, although for specific habitats (e.g. waters in ports) or specific groups of species (e.g. fruit fly pests of agriculture) intensive ongoing monitoring exists in some areas.

Probably the most cost-effective way to improve monitoring is to enlist the citizenry to be on the lookout for unusual plants or animals and to know what agency to contact should they see something.

Such efforts entail public education and wide dissemination in popular media and on the web, but they can yield enormous benefits.

Many introduced species have been successfully eradicated, usually when they are found early but occasionally when they have already established widespread populations. The keys to successful eradication have been as follows:

1. Sufficient resources must be available to see the project through to completion; the expense of finding and removing the last few individuals may exceed that of quickly ridding a site of the majority of the population.

2. Clear lines of authority must exist so that an individual or agency can compel cooperation.

Eradication is, by its nature, an all-or-none operation that can be subverted if a few individuals decide not to cooperate (For instance, by forbidding access to private property, or forbidding the use of a pesticide or herbicide)

3. The biology of the target organism must be studied well enough that a weak point in its life cycle is identified, this is helpful because you don’t affect other organisms and their life cycle.

4. Should the eradication succeed, there must be a reasonable prospect that reinvasion will not occur fairly quickly.

If eradication is not an option, many available technologies may limit populations of invasive species so that damage is minimised.

Sometimes these methods can be combined, especially mechanical and chemical control.

Biological control is an introduction of a particular species to act and control target invasive species.

In general, problems of this sort have been associated with introduced biological control agents such as generalised predators that are not specialised to use the specific target host.

However, even species that are restricted to a single genus of host, such as the cactus moth, can create problems.

All these measures are not 100% effective but when combined they can at least minimize the populations of invasive species.

(Share with us your experiences, comments and recommendations. Send emails to