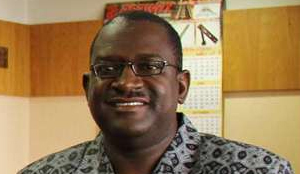 By CHILA NAMAIKO –
SOUTHERN Province agricultural coordinator Max Choombe has said the Food Reserve Agency (FRA) will this marketing season purchase more than 700,000 tonnes of maize in the province.
Dr Choombe said Agriculture and Livestock Minister Wylbur Simuusa was expected to announce the maize floor price for FRA’s purchase of maize during this farming season.
He said FRA was committed to purchasing more maize particularly from small-scale farmers in remote areas to empower them with finances to prepare adequately for the 2014/2015 farming season.
He was speaking in Choma on Thursday at the review of 2013 Southern regional planning meeting organised by Zambia National Farmers Union and attended by farmers from various districts.
“Government is committed to developing the agricultural sector because farming is an important business for farmers. During this marketing season, FRA is expected to purchase 700,000 metric tonnes of maize in the whole province,” he said.
He said that Government was exploring more mechanisms to develop the agricultural sector by empowering farmers with various schemes.
Dr Choombe said the agricultural sector was key to uplifting the welfare of farmers through poverty reduction and increasing their income.
He said construction of 88 new dip tanks and upgrading of 120 old ones was underway across the province to enable farmers dip their livestock.
ZNFU Southern regional manager Emmanuel Sinyangwe said the review meeting was aimed at bringing farmers together, who were affiliated to the union to discuss challenges encountered during the 2012/2013 farming season.
Choma and Kalomo districts farmers association chairperson Harmish Ross appealed to Government to intervene in the escalating high fuel prices that had rocked the country.
Mr Ross said the projected increase of electricity tariffs by Zesco limited could negatively affect the production of maize and other crops in the agricultural sector.
Zesco Limited will next month increase electricity tariffs by 24 per cent for domestic customers and 15 per cent for commercial users.
The increase is effective July 1, 2014 after the Energy Regulation Board (ERB) approved Zesco’s application to adjust the tariffs upwards.