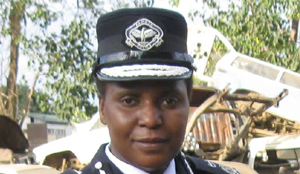 By CHATULA KAMPO, MOFFAT CHAZINGWA and KAIKO NAMUSA
POLICE in Ndola have picked up ten people in connection with the riots that erupted in the city on Wednesday.
Riots erupted in Ndola after a romour was spread that police were holding a man suspected to have been sent by a local business man to abduct children for ritual killings.
Yesterday the situation in the city had returned to normal with people conducting their  business in the central business area.
Copperbelt police chief Joyce Kasosa in an interview said the 10 were picked up from Kaloko, Kabushi, Masala, and Chipulukusu townships for suspected riotous behavior.
Ms Kasosa said the 10 were remanded at Ndola Central Police waiting to be charged.
“10 people were yesterday picked up following the riots. We are still investigating the matter. We have not charged them yet,” she said
Ms Kasosa confirmed that calm had returned to the townships and town centre where the riots had erupted.
She said Kabushi Extension police post was burnt to ashes while two others in Kaloko and Chipulukusu were damaged by the unruly residents.
She said property worth millions of Kwacha was burnt and destroyed during the riots.
“Six vehicles were burnt at Kaloko police post, private property and goods were looted and some destroyed,” she said.
In Kitwe, 33-year-old woman of Wusakile Township in Kitwe has allegedly been raped by two men.
The woman, who is a business executive, was raped on Wednesday night in Wusakile after leaving a bar where she had stopped for a drink.
Ms Kasosa said the woman was coming from a bar when she was attacked around 23:00 hours by two men, who had waylaid her and took turns in raping her.
In another incident, Ms Kasosa said a 33-year-old man of Mufulira died when a Toyota Noah he was traveling in was involved in an accident in Lufwanyama along Kalengwa Road on Wednesday.
Meanwhile, police have formally charged and arrested the Lusaka man who was recently apprehended for masquerading as a doctor at Levy Mwanawasa Hospital and slapped him with 15 counts of theft.
Bonaventure N’guni was not only charged for impersonating a public officer but faced charges of theft where he stole 15 computers from the University of Zambia main campus, Ridgeway Campus and at Lusaka’s City Market.
He also faced the charge of obtaining money by false pretences and would appear in court soon.
Police deputy public relations officer, Rae Hamoonga said in a statement issued in Lusaka yesterday two laptops that Mr N’guni had allegedly stolen had since been recovered.
“The suspect was in the habit of going to these higher learning institutions and to City Market masquerading to be a doctor where he engaged students and other persons into topical discussions thereby ending up swindling them out of their laptops by either leaving them with a doctor’s coat or a stethoscope on the pretext that he would come back and collect his items,” Mr Hamoonga said.