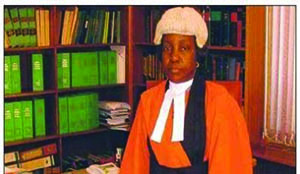 ACTING Deputy Chief Justice Florence Mumba has retired from her position after reaching the retirement age of 65.

Judiciary public relations officer Terry Musonda said in an interview yesterday that after reaching her retirement age, Ms Justice Mumba decided not to renew her contract with the Judiciary as she wanted to rest.

Mr Musonda said this was contrary to assertions by some sections of the media that Ms Justice Mumba had refused to get another contract because of the alleged happenings in the Judiciary.

He said that the official position on the matter was that Ms Justice Mumba had requested to be retired in December 2013, but she was given a month extension to conclude matters that she was handling.

“The official position is that the acting Deputy Chief Justice Honorable Florence Mumba has reached the retirement age of 65.

“She retired last month, December 2013. However, she was given an extension of one month to conclude matters she was handling,” he said.