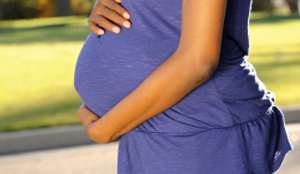 By CHATULA KAMPO and
REBECCA MUSHOTA-
THE Ndola District Child Protection Committee has relocated the 10-year-old pregnant girl from Kaloko Township to a secure and conducive institution of care to protect her from the unnecessary attention she has generated.
The committee says Kaloko Township is not conducive for both the girl and her unborn baby and that relocating her would protect her from the perpetrator and unnecessary attention from members of the public.
The minor, who is mentally retarded, was defiled by an unknown person last year and is now eight months pregnant.
Committee chairperson Charles Mwambo, who confirmed the development in an interview yesterday, said the girl was moved from Kaloko to another place together with her mother on Friday last week.
Mr Mwambo said the committee, which is under the Ministry of Gender and Child Development, conducted a survey and established that the township was not safe for her and her unborn baby.
He said the relocation of the girl to an institution of care was approved by the Ndola magistrates’ court, the Social Welfare Department and the provincial administration.
“We have finally removed the girl and her mother from Kaloko Township.
We have taken her to an institution of care where she will stay until she gives birth,” he said.
A midwife and psychiatric would be attached to the institution of care where the girl and her mother will help with investigations on how the victim was defiled and also to ascertain her mental stability.
In a related development, police in Ndola are pursuing a woman only known as ‘Bana Dennis’ who allegedly burnt a three-year-old girl with a hot knife in her private parts.
Copperbelt Police Commissioner Joyce Kasosa said the woman used a hot knife on Wednesday to burn the private parts of a three-year-old neighbour for unknown reasons in Mine Masala Township in Ndola.
Meanwhile, a two-year-old girl of Shilashimbi Village in Chief Puta’s area in Chiengi District is said to have been defiled on Thursday by a man only known to police as Chiwele of the same village.
Luapula Province Police Commissioner Malcolm Mulenga said the matter was reported by the mother of the girl and that Chiwele was on the run while police officers were looking for him.