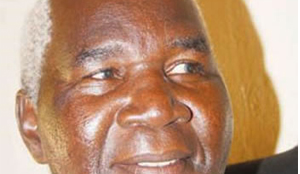 WITH the decentralisation of operations of the Tanzania-Zambia Railway Authority (TAZARA) set for today, unionised workers on the Zambian side have vowed to remain on strike until their five months salary arrears are paid.

Workers Union of TAZARA (WUTAZ) president Kenneth Simwiza said in an interview that all the unionised workers in Zambia were on strike demanding their unpaid five months salary arrears and that they also wanted to know what the future of the company was.

“What is going on is worrying because we have not been paid our salary arrears despite Government announcing the release of those funds.

“Also of concern is that our cargo trains do not run because of lack of fuel and so we want to know how the company will be making money,” Mr Simwiza said.

He said it was difficult to see the company operating effectively in the near future because TAZARA on the Zambian side was not carrying any cargo like copper unlike on the Tanzanian side where the company was moving cement and timber among other goods in its cargo trains.

Mr Simwiza said the company needed to be profitable to be able to run in the newly introduced decentralised system.

However, Transport, Works, Supply and Communication Deputy Minister Panji Kaunda said in an interview yesterday that Government had set aside money to be used for the operations of TAZARA and payment of the salary arrears.

Mr Kaunda said at the Council of Ministers of Zambia and Tanzania on July 4, this year pledged to release funds to inject in the operations of TAZARA and in the salary arrears.

The two Governments agreed to inject US$80 million into the operations of TAZARA and $9.2 million was to be disbursed immediately to cater for salary arrears and fuel.

Mr Kaunda said his ministry was now pushing the Treasury to release the funds immediately and subsequently normalise the operations at TAZARA.

The running of TAZARA would be decentralised as of today meaning that the powers to run the company would be given to the two regions, Zambia and Tanzania.

This arrangement would be monitored for six months and reviewed thereafter.

The decision was arrived at during the Council of Ministers comprising ministers of transport, finance and commerce from the governments of Tanzania and Zambia in Lusaka.

In the decentralised system, the regions shall be empowered to be productive and operate more commercially while the head office shall remain with the role of policy making, regulation, control and supervision.