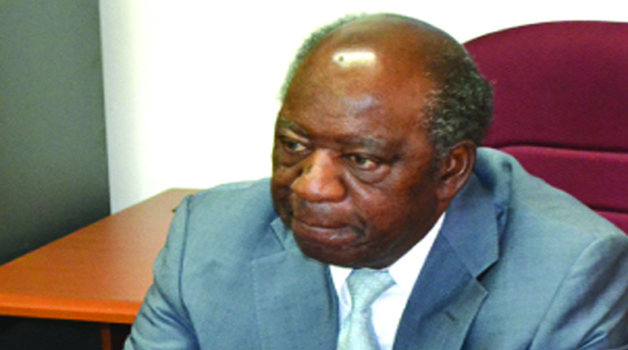 GOVERNMENT has launched the National Planning and Budget Policy, which will provide specific guidance to Government and Parliament in matters relating to the Budget, planning, implementation and monitoring.

The policy would also afford citizens an opportunity to make contributions towards the formulation of the budget and give Parliament an oversight role in Budget formulation and in the process enhance transparency and accountability.

The minister said that the policy which was approved by Cabinet last March, would streamline the processes and procedures that would be a guide for both the executive and legislature in matters relating to the national planning, Budgeting and the consequential programme implementation and monitoring.

Mr Chikwanda said Parliament would enact the necessary legislation to give effect to the policy.

“The National Planning and Budgeting Policy that I officially launch today will be the platform for inclusiveness by affording the citizens a desirable opportunity to meaningfully make contributions and participate to the fullest extent possible, in the planning of the economy.

“The policy will also give more practical meaning to Parliament’s oversight role, in the process enhancing transparency and accountability,” he said.

Mr Chikwanda said the Act, when enacted by Parliament, would not only make it legally binding for programmes in the National Development Plans and Budgets to be firmly interlinked, but also make the processes effective operational tools for implementing and actualising development plans.

He said in the past, there have not been adequate comprehensive guidelines to anchor National Planning that was firmly linked to the budget process.

As a consequence, Mr Chikwanda said, development programmes have not reflected elaborate appraisals. There have been slippages in the outputs and outcomes with minimal impacts for beneficiaries.

Arresting fragmentation in the process of planning would reduce on resource waste, increase development impact and help to redress the high poverty levels, a hindrance to accelerated and sustained development.

The policy would spell out mechanisms that would ensure that the development programmes were thoroughly assessed to ensure that intended beneficiaries were reached.

Mr Chikwanda said the Budget would therefore be prepared in a manner to accord Parliament, the Auditor General’s office and other stakeholders effectively track performance and hold implementing institutions accountable

The policy, Mr Chikwanda said, which was made after consultations would also strengthen other development bodies such as the District Development Coordination Committees and afford such institutions to plan, budget and implement programmes at their levels.

He said Government would soon run a nation-wide sensitisation programme of the policy and also urged the public to study the policy so that they understood what was involved.

The document was ready for distribution to ministries, provinces, civil society and media, among others.