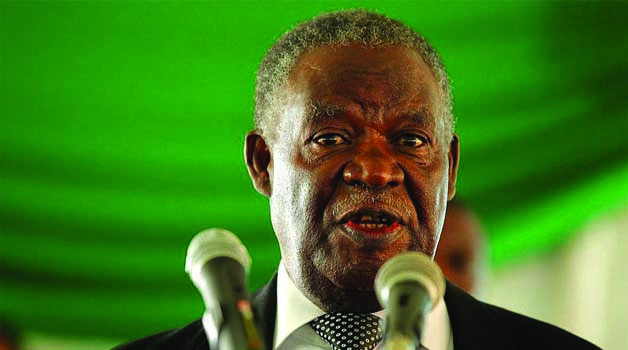 By SYLVESTER MWALE and MOFFAT CHAZINGWA –

PRESIDENT Michael Sata has called for appropriate initiatives that will enhance Zambian children’s attainment of quality education.
The President has also said he is focused on addressing challenges that residents in Solwezi in North-Western Province are facing.
The Head of State was speaking in Solwezi yesterday when he addressed a public rally to drum up support for Patriotic Front (PF) candidate Newton Malwa in today’s Solwezi Central parliamentary by-election.
President Sata said the future of Zambia rested in the hands of the children, hence the need to ensure that they attained better education that would help them take up the mantle of leadership.
He said many children in Zambia were facing difficulties in accessing education because their parents could not afford to pay their school fees.
“Have you seen all of these children here? Some of these children have been expelled from schools because their parents cannot afford to pay their fees,” said Mr Sata in reference to scores of children he had asked to move to the front.
“The future of this country depends on these children and you must go out and find ways in which these children are able to attain education.”
Mr Sata, who arrived at Solwezi Airport at 14:00 hours to a thunderous welcome, said he was ready to address challenges faced by the people in the area and directed Mr Malwa to report all the problems to him once elected in today’s by-election.
Accompanied by Kasama Central MP Geoffrey Mwamba and his Kabwata counterpart Given Lubinda, the President urged the people in Solwezi to vote for Mr Malwa.
Earlier, PF secretary general Edgar Lungu said the party was stronger and assured that there were no more factions in the ruling party.
“Let me assure you Your Excellency that the party is now stronger and that the doors of PF are still open. That is why you have seen Zayelo (Given Lubinda) and GBM here. There are no factions and we are all
under you,” Mr Lungu said.
Mr Lungu reiterated that as chief executive of the party, he would deal with anyone who would attempt to cause confusion because every member wanted the Head of State to enjoy his presidency.
Earlier, Mr Mwamba said the decision by President Sata to sack Mr Kabimba had united the party not only in Northern Province, but also across the country.
The parliamentarian said he could not form a political party or join the opposition after resigning as minister of Defence early this year because President Sata was his mentor.
Roan MP Chishimba Kambwili, who is PF national youth chairperson, said the Government had demonstrated its preparedness to develop North-Western Province through the provision of a good road network.
Mr Kambwili said 20 kilometres of township roads would be tarred in Solwezi Central under the Pave Zambia 2000 while an additional 60.6 kilometres would be upgraded under the Link Zambia 8000 project.
At the same rally, former MMD national youth secretary Tobias Kafumukache resigned with a group of other MMD members to join the ruling party.
Mr Kafumukache said the decision had been taken following the sacking of Mr Kabimba, which he claimed had restored unity in the PF.