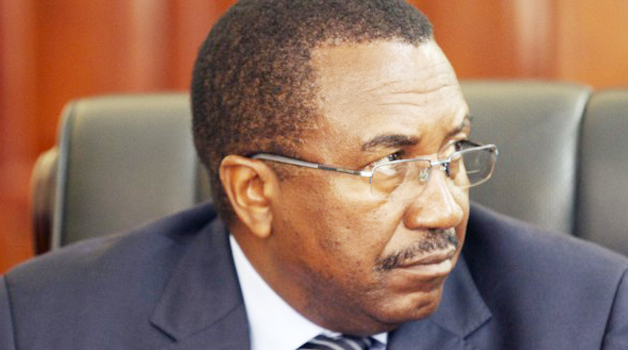 By XAVIER MANCHISHI-
SECRETARY to the Treasury Fredson Yamba has described the change in Zambia’s outlook from stable to positive by one of the world’s top three rating agencies Fitch as a testimony of the confidence the international community has in the way the Zambian Government is managing the economy.
Fitch has revised Zambia’s outlook from stable to positive while affirming the country’s ceiling at B+.
Mr Yamba said the Government’s commitment was to improve further in the management of the economy until the investment grade rating was attained.
He said in line with the goals and objectives articulated in the medium term expenditure framework (MTEF) 2015 to 2017, the Government would ensure that growth exceeded seven per cent per annum in an effort to support employment creation.
Mr Yamba said the Government would, among other things, maintain macro-economic stability to support growth and increase capacity in planning and project implementation by players in the economy.
Mr Yamba added that the Government looked forward to engaging Fitch and other stakeholders in pursuing the economic transformation of the country and improving the livelihood of the Zambian people.
Zambia’s international credit rating has been upgraded because of progressive strides the Government has made since October 2013 when rating and outlook was downgraded.
In a statement released by Ministry of Finance public relations officer, Chileshe Kandeta, Fitch noted Zambia’s significant progress in economic growth, prudent fiscal management and stability in the policy environment.
The considerations in arriving at the rating also included, among other things, the Governments commitment to expenditure restraint,
which has resulted in containment of the fiscal deficit at two per cent of the Gross Domestic Product (GDP) against a target of 2.5 per cent for the first six months of 2014.
The rating agency expects the consolidated general Government debt to peak at 33 per cent of GDP in 2016, a level that is still below that of most peers.
Fitch recognised that the recent rebasing of the GDP had led to the revision of Zambia’s already robust average growth rate over the past five years to 7.3 per cent from 6.8 per cent, well above the ‘B’ median of 4.3 per cent.
It has been revealed that growth is forecast to remain at a robust six to seven per cent between 2014 and 2016, benefiting from the Government’s ambitious infrastructural investment programme, rising copper production and continued foreign direct investment (FDI).