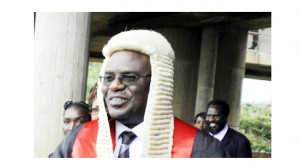 THE participation of youths in the democratic process as espoused by Speaker of the National Assembly Patrick Matibini is the tonic for preparing young people to take over leadership positions when their time comes.
Dr Matibini’s call rhymes with the proverbial euphemism that youths are the future leaders. However, young people can only take up their position as future leaders if they acquaint themselves with the democratic process ahead of their time.
We feel young people have for far too long not fully participated in the country’s politics, save for the time when they have allowed unscrupulous people to use them as tools for political violence largely due to ignorance of what their real role in the democratisation process is.
The theme for this year’s International Day of Democracy, ‘Youth Involvement in Democracy’ fully resonates with Dr Matibini’s commitment that the National Assembly of Zambia had put in place activities that were focused on the youth in accordance with this year’s theme.
Dr Matibini further urges youths involved in the commemoration of the International Day of Democracy to take advantage of the occasion to learn how to participate actively in the country’s democratic governance system.
It will take youths to realise their relevance to the governance systems for them to prepare to fully participate in the process. That way, it will be easier to resist the advances by those who think the role of the youth is only in the trenches.
Bad deed, we are all aware, begets bad deeds. Violence that is perpetrated by some youths will not yield anything positive in both the lives of those involved or the country’s peaceful record that dates as far back as 50 years ago.
We also support the overtures by Parliament to come up with a Youth Forum through which young people can air their views on the youth empowerment opportunities available to them so that they too can have a say in the governance processes.
When people talk about youth representation in the governance process, what comes to mind is the gender protocols that Zambia is part to but which the country is still some distance from realising.
Just last weekend, women gathered at Andrews Motel to discuss the best way for them to be included in more decision-making positions. They took the unorthodox route of compelling political parties to apply the gender protocols through their adoptions.
That is another way of gaining recognition but the country still has to sensitise both youths and women to avail themselves to take up these positions but, most importantly, to be able to support each other when one takes the bold step.
Half the time a youth comes forward to take up a decision-making role, very few fellow youths are supportive, which is the same situation among the womenfolk regarding the lack of support for each other.
They too like dressing each other down in one breath and crying out for recognition in another.
Overall, youths’ involvement in the democratic process is inevitable.
The call by Dr Matibini should not be ignored. For a man heading such an important arm of the Government structure, youths will ignore the call at their own peril.