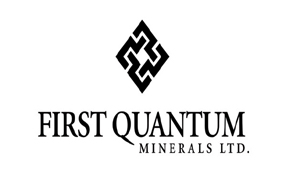 ZAMBIA’s largest foreign investor, First Quantum Minerals Limited (FQM) has said the proposed redesigned mining fiscal regime under the 2015 Budget will deter capital investment in existing and new mining projects.
The international mining house, which operates Kansanshi Mine, the eighth largest copper mine in the world and the country’s biggest mining firm, said the 2015 Budget does not provide incentives to the mining sector.
FQM government affairs manager John Gladston said in response to a Press query that the new mining tax system did not encourage investments in new capital projects and that would inevitably lead to fewer new jobs and less opportunities for wealth creation in Zambia’s mining sector.
Mr Gladston was reacting to the announcement by Finance Minister Alexander Chikwanda last Friday that Government had decided to increase the mineral royalty threshold for open cast and underground mining operations to 20 per cent and 8 per cent respectively in next year’s Budget.
Mr Gladston said the 2015 Budget address seemed to confirm the FQM’s logic earlier in postponement of additional major capital projects, which are the smelter expansion and sulphide processing expansion at Kansanshi jointly valued at US$1billion in Solwezi.
“As the largest corporate tax payer in Zambia, First Quantum will have to wait for the actual implementation of the Minister of Finance’s 2015 Budget address to analyse the full impact of the renewed tax system.
“On the face of it, however, the new system doesn’t incentivise investment in new capital projects which in turn, will inevitably be translated into fewer new jobs and less opportunities for wealth creation for Zambians,” Mr Gladston said.
Meanwhile, Kitwe District Chamber of Commerce and Industry president Raj Karamchand said in a separate interview yesterday that the new mineral tax regime would inhibit plans by mining companies to expand their operations.
“We are concerned about the pronouncement regarding the mineral royalty because mining companies are already paying high taxes and adjusting the threshold upwardly will create challenges to the success of the mines,” he said.
Mr Karamchand said the tax system also had the potential to restrain plans by the mines to create more jobs for Zambians at production level.