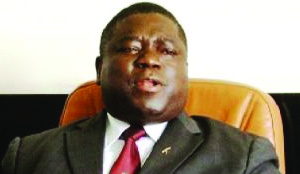 TRANSPORT, Works, Supply and Communications Minister Yamfwa Mukanga has urged mobile service providers in the country to be more customer-focused by making sure that customer needs are satisfied.

And Zambia Telecommunications Company Limited (Zamtel) has unveiled a robust and dynamic converged billing platform for its mobile, fixed and data networks.

Speaking at the unveiling of the new billing platform at Lamya House in Lusaka yesterday, Mr Mukanga called on service providers to be more customer-focused and hoped that the upgrading of the system would provide capacity to Zamtel.

“There is need for companies in Zambia, regardless of the industry to strive hard and ensure that they invest in systems which can efficiently utilise technology that can lead to enhanced operational efficiency,” Mr Mukanga said.

He said that the investment in the state-of-the-art billing system would help the company to serve customers better than the previous situation where most of the calls were bouncing.

Zamtel chief executive officer Mupanga Mwanakatwe said the system upgrade would allow the company to be able to service more than five million subscribers unlike the previous capacity of two million.

He said the development also makes it possible for Zamtel to charge for products and services on both networks using a single unified and converged platform.

Dr Mwanakatwe said the new converged billing had put the telecommunications company in good stead to better serve its customers by utilising a number of in-built solutions.

The new billing platform will be able to support customers from single converged customer management and billing platform, with a single point of entry for all services.

He said other key features would be mobile number probability which would make it possible for subscribers to maintain their unique numbers from other operations and use them on the Zamtel network.