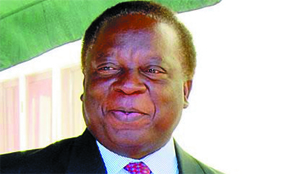 in LUBUMBASHI, CONGO DR
NORTH-WESTERN Rail (NWR) chairperson Enock Kavindele has said the firm has mobilised the US$1 billion required for construction of the 590 kilometre line project.?Mr Kavindele said, the private sector driven project, would commence early next year in two phases, of which phase-one involved construction of a 295 Kilometre line from Chingola to Solwezi to serve the Kansanshi Copper Mine.
The line would continue further west to the site of Barrick’s mega Lumwana Mine, while the next extension would be to the newest mine, First Quantum’s Trident operation at Kalumbila scheduled to open soon.
He said in his presentation to delegates attending the Katanga Mining Week in Lubumbashi on Tuesday that NWR had mobilised the resources to be pumped into construction of the project.
The 300 Kilometres of phase-two project would involve the construction of the railway line from Kalumbila to the border of Angola, near a place called Jimbe.