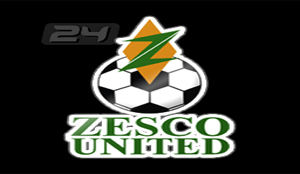 ZESCO United will today be eying a win over Power Dynamos to get their 2014 CAF Confederations Cup preparations back on track when the two sides renew their rivalry in the four-club pre-season tournament.

The two sides had contrasting results at the weekend with Zesco suffering a late 1-0 defeat to DR Congo side Don Bosco while Power picked up a hard fought 3-2 win over South Africa PSL side, Mamelodi Sundowns.

With the tradition Samuel ‘Zoom’ Ndhlovu Charity Shield kicking off the Zambia Premier League on Feb 1, this 14:00 hours kick-off clash of the titans match will accord the fans to see what to expect this season from the two rivals.

Pressure would be on Zesco to impress and show that they are ready for the continental engagements and also the Charity Shield that will also feature champions Nkana, Barclays Cup winners Red Arrows and Nchanga Rangers.

‘Zega’, as Zesco is fondly known by the fans, face arguably a far sterner test against the Kitwe side that looked very impressive in their win over the Sundowns in an exciting game that brought some players individual brilliance.

Coach Tenant Chembo is fully aware that only a victory will boost the spirit in camp as the team prepares for the Confederations Cup first round tie and it will also calm the fans who are craving for a good showing by the Ndola outfit this year.
Having fielded seven newcomers in the previous match, Chembo’s ultimate target is to blend the new players into the Zesco system and he has confidence the lads will deliver.

“The essence of this pre-season tournament is to accord the players an opportunity to acclimatise to our system and I must say the new players are doing their best to bring out the best in them,” he said.

Chembo will be hoping towering Chipolopolo midfielder Justin Zulu, who was instrumental in the Zesco midfield last week, replicates that performance by supplying the much needed balls to the front line of Chileshe Kabwe and Lazarous Mubanga, with former Power player Clatous Chota in line to face his old side.

This clash will see the return of defender Nyambe Mulenga and striker Patrick Kabamba to Levy Mwanawasa Stadium but this time around in Power colours.

Nyambe and Kabamba were recently axed by Zesco and the duo would obviously want to prove a point that they are still valuable assets.

Buoyed by the victory against Sundowns, Anderson Phiri, who is standing-in for coach Tenant Chilumba, will not take things lightly as he would wan t a good display to send a strong signal to the MTN-FAZ league rivals ahead of the 2014 soccer season.

Meanwhile, Sundowns coach, Pitso Mosimane expects an improved performance from his charges against a Don Bosco side that showed prowess in their physicality during their game against Zesco.

Sundowns, boasting of Chipolopolo first choice keeper Kennedy Mweene in their ranks, would equally be hoping for a win when they face Don Bosco at the Levy Mwanawasa Stadium in Ndola at 16:00 hours.