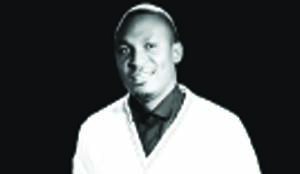 IT is sad to see how Zambian artistes have allowed themselves to be exploited by the so called investors. It is so upsetting to learn that there are companies that are still exploiting the youths besides the efforts of the Government to improve the standards of living of the ordinary Zambian.

It is embarrassing for the nation that has been independent for 49 years and yet artistes cannot even sustain their lives in their industry, it is unbelievable to learn that there are music promoters/publishes who are paying the artistes K1 or K2 kwacha per CD/DVD.

Honestly, how can we support and improve this industry by paying our artistes K1, per copy of their works?

The most frustrating part is that these same companies that are claiming to be promoters are not even promoters. When artistes take their promos there, they are told to go back and promote themselves first and go back to them when they are popular.

Where on earth does that happen? It’s only in Zambia. Go to Zimbabwe, South Africa, Malawi even Democratic Republic of Congo (DRC), promoters do everything for the artiste to make sure the artiste is known and sell, to promote simply means to invest in the project not just money but even other support.

If the artistes are the ones promoting themselves, what will the job of the promoter be? To reap where they didn’t sew?

It is unacceptable. Go to the streets of Lusaka, Copperbelt you will be shocked to see how some of this artistes are championing the street vending, I felt so bad when I saw one of the big gospel artistes begging in the street for people to buy his CDs and yet he has got promoters. It’s so unprofessional you people, go to east Africa where some of these promoters originate from.

You will not fund any artiste in the street selling his or her own CDs, go to South Africa, Zimbabwe, DRC you won’t find Oliver Mutukuzi or Sipho Makebani even Kofi Olomide selling their CDs on the streets.

It will be like looking for beer in the bishops house or drawing water from the stone, in short you won’t.

They have proper systems and channels in place, I don’t understand why these companies behave otherwise when they are in Zambia.

We have ended up giving the job of promoting to ZNBC and other private TV and radio stations which have made some of the DJs to be so corrupt instead of looking at the standard of music they are suppose to play on air, they are busy getting cuts from the artistes which shouldn’t be the case.

The job of the media is to inform educate and entertain. I’m appealing to the Government to look into this matter.

Let the Government scrutinise these companies and look at the contracts they give to our artistes before they are given hologram licenses.

If possible let us have the inspectors that can be going round yearly to look at the standards of their products that they are busy offloading on the Zambian market if they are of good standard or not.

Look at Ministry of Education, they have the inspectors, Ministry of Sports they have FAZ and their club managers in order to maintain order and sanity.

Please I believe we can do it and fight piracy in Zambia, let’s have a triangular system where we can have good producers, good publishers/promoter and good distributors.

In this way, we will fight piracy and maintain the standards in the industry.

I’m urging artistes to shame the so-called promoters from exploiting their talents as this is the only way we are going to empower our selves and stop waiting for the Government to come and give us youth empowerment fund all the time.

The author is a chief executive officer at CDTM Zambia, franchise of CDTM-South Africa a famed music publishing and Duplication Company also involved the promotion of artistes, movies, comedy shows and concerts