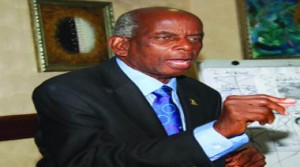 By STEPHEN KAPAMBWE –
THIS is the universal story of the underdog, forever underestimated, but never discouraged to achieve the very best when challenged.
Akin to folklore of old, this is a recounting of the age-old message urging us to continue to fight against all the odds, to believe that dreams come true, to remain steadfast in our faith and to be uncompromising in order to reach the heights of success.
This is an epic sanctioned by divine decree that ensured nothing would stand in the way of pure intentions, hard work, determination and ultimately, destiny.
This is the emotional and now legendary football journey of an African nation, spanning five decades.
This is the path taken by a country bound together by a tragedy that shook the nation, which then spurred them to honour their fallen heroes by playing the beautiful game at the highest level.
This is the recounting of Zambia’s rich football history, derailed by the tragic plane crash off the coast of Gabon in 1993, only to be triumphant in the same country at the momentous AFCON 2012 tournament.
This is the opportunity to record and share this amazing story with the world.
This is the story of the unrelenting and victorious Chipolopolo.
The above description is what Purple Tembo Media has posted on the official website of the football documentary ei8hteam that has captured the story of Zambia’s first ever winning of the African Cup of Nations (Afcon) trophy in 2012.
And those yearning to have a feel of the must-see film can see it at Levy Park’s FreshView cinema in Lusaka from Christmas eve on 24th December, 2014 to New Year’s Day in 2015.
The ‘universal story of the underdog’, as it has been referred to, is an emotional Spanish-Zambian collaboration, written and directed by Juan Rodriguez-Bris of OmnicorpEstudioand co-produced with Zambia’s exciting film maker Ngosa Chungu.
The film is a gripping account of the path Zambia has walked to achieve total victory at continental football level, having lost an entire soccer team in a tragic plane crash off the cost of Gabon in 1993.
But to fully recreate the events that led to the crash and eventually to 2012 when Zambia lifted the AFCON trophy, Ngosa and Juan had to go back to events that shocked the global soccer fraternity at the Seoul Olympics in 1988.
Zambia encountered three-time FIFA World Cup winners Italy in a game which the KalushaByalya led Chipolopolo won by an unbelievable 4-1.
The world was stunned as Italy was reduced to tears by an African team no one knew anything about.
“We were not conversant with the type of football they played.We hardly touched the ball.It was like the wrath of God,” an unidentified Italian player who was part of the defeat is quoted in the documentary.
Ngosa believes Zambia’s victory against Italy demonstrated to the world the pedigree of the national soccer team which was lost in 1993.
However, although the Italians suffered a dreadful defeat at the hands of Zambia at the Seoul Olympics then, they were perhaps the only country in the world that identified with the Gabon air disaster having themselves lost a legendary soccer team in similar circumstances in 1949.
The Superga air disaster, which occurred on May 4, 1949 cost Italy some of the best soccer players the country had ever produced.
The plane crash happened when the Fiat G.212 of Aviolinee Italiane (Italian Airlines) carrying the entire Torino football team (popularly known as II Grade Torino crashed into the retaining wall at the back of the Basilica of Superga which stands on the hill of Turin.
There were 31 fatalities.
Historical records say the emotional impact the crash made on Italian sports fans was profound as it claimed the lives of the players of a legendary team.
Like in the Zambian scenario where the country had to rebuild a new soccer team from the scratch, the Italian disaster also seriously weakened Italy’s national soccer team.
Ei8hteam, which was produced at a cost of $40,000, pieces together the AFCON 2012 story from interviews with Football Association of Zambia (FAZ) Bwalya, late soccer commentator Dennis Liwewe, former Chipolopolo coaches Roald Poulsen and HarveRenard, and a host of other sources that have in one way or another made Zambian soccer what it is today.
“And so to lose that team in such a way was really tragic for us because football was the main ambassador for us at the time and we were also attached to it.
After the crash, we see how the team was rebuilt for the AFCON in 1994 and how we made it to the final because we knew how much the country needed to be uplifted,” Ngosa said. 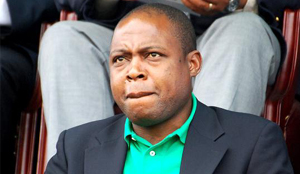