By PERPETUAL SICHIKWENKWE –
A TEACHER in Chilanga has been stoned to death by villagers who suspected him of practicing witchcraft.
Jones Ndhlovu was found dancing naked in one of the villagers’ field.  The field belongs to a couple only identified as the Simbeyes. 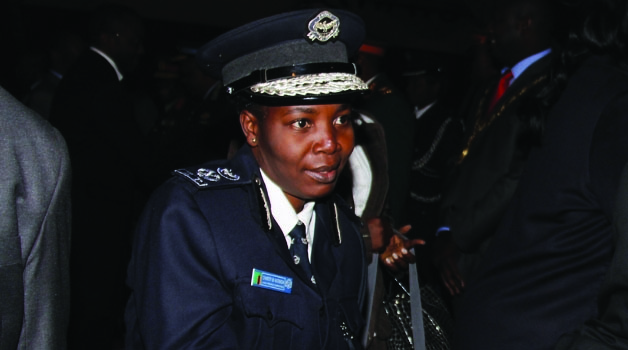 Lusaka Province Police Chief Charity Katanga said Mr Ndhlovu, a teacher at Chipapa Primary School, was in his 50’s and died in the early hours of yesterday after being stoned by angry villagers.
Mr Ndhlovu was stoned to death by villagers who suspected him of being a wizard.
“We have a case of a teacher who was lynched to death in the early hours of today (yesterday) in Chilanga. According to the information we received, the teacher by the name of Jones Ndhlovu was found dancing naked in someone’s field and was stoned to death by the villagers,” Ms Katanga said.
She said in interview yesterday that around 03:00 hours, the owners of the field received information that there was someone who was dancing naked in their field.
Immediately after receiving the information, the owners of the field rushed to Chilanga Police post to report the matter.
While the owners were on their way to the police post, villagers from surrounding areas pounced on Mr Ndhlovu whom they beat to death.
Ms Katanga said when the police and the Simbeyes arrived at the scene; they found Mr Ndhlovu lying unconscious while bleeding profusely.
She said Mr Ndhlovu was identified by fellow teachers.
No arrest had been made as police found no one at the crime scene.
She however, said police had since instituted investigations to bring Mr Ndhlovu’s assailants to book.