BY ADRIAN MWANZA –
THE WORLD Press Freedom Day organising committee has called on media houses to be ethical in their reporting of issues such as rape, defilement and other vices. 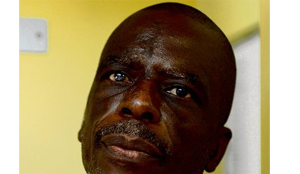 Committee chairperson Enock Ngoma said the media played a pivotal role in uniting the nation against vices such as tribalism and the hate speech that comes with it.
He said this at the World Press Freedom Day media briefing in Lusaka yesterday.
Media professionals must be ethical in their reporting as the country migrated from analogue to digital especially those that were writing for online publications.
This year’s World Press Freedom Day celebration is themed “Let Journalism Thrive Towards Better reporting, equality and safety in the digital age.”
Mr Ngoma said the main event would take place on May 4, 2015 and would be characterised by a number of activities like a media training and a sports tournament.
“The main event takes place on Monday 4th may 2015, while a number of like media sports tournament and media training on various issues socioeconomic aspects of gender will be included,” he said.
Mr Ngoma encouraged the media to enter the UNESCO sponsored awards on climate change that would recognise those who reported on climate change.
The changing weather patterns had a bearing on the increasing gender roles. Rural women were spending more time searching for water due to drying water tables.
Weather patterns have a bearing on gender roles because women for example are spending more time searching for water due to drying water tables,” he said.
Mr Ngoma called on business community to support the event financially materially in order to make it successful and commended Airtel for donating 200 t shirts worth K11000.
Airtel corporate affairs manager Yuyo Nachali Kambikambi said her organisation was glad to be part of the event and that it would continue supporting the event in the future.
“Airtel is glad to be part and parcel of this event and it will continue to support the event and other media activities in the future,” she said.