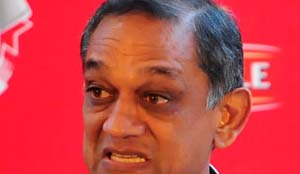 Meanwhile, Patel, who is also CAF vice president disclosed that the continental football rejected a £600 million bribe to support England’s bid to host the 2018 FIFA world cup that was won by Russia.
Patel, who is also Confederation of African Football (CAF) vice president, said this week’s incident that saw several high ranking FIFA officials arrested in Zurich by Swiss police for alleged corruption at the request of the United States of America, was a ploy to discredit the integrity of the world football body.
“To be honest this campaign is being championed by the British media and it all started when England failed to win the rights to host the 2018 World Cup. They came to us and offered to invest 600 million dollars in developing world football if  we supported their bid but we refused,” Patel said.
Blatter, criticised for his lack of commitment in combating corruption at FIFA, was being challenged by Jordanian Prince Ali Bin Al Hussein for the presidency at yesterday’s congress in Zurich.
He said despite the criticism surrounding Blatter’s leadership, Africa will always value and support his commitment to the development of football in the continent.
“I am part of the Review and Audit committee of FIFA and  review all procedures to ensure that things such as corruption do not happen. There is nothing that FIFA has done wrong.
“The people who stand accused today are not voted by FIFA but by their national confederations to represent their countries at FIFA, the issue here has nothing to do with the world football federation,” Patel said.