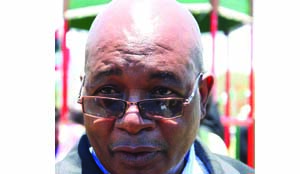 THE Government is working out modalities to re-introduce grants in local authorities, Parliament heard yesterday.
Local Government and Housing Minister John Phiri informed Parliament that Government was also working on plans to introduce crop levy in councils in a bid to enforce the revenue base for the local authorities.
Dr Phiri was responding to a question from MMD Lumezi MP Isaac Banda who wanted to know whether the Government had any plans to re-introduce crop levy.
He said most of the councils were in a financial crisis, hence the move by the Government to bring back the grants.
Dr Phiri said consultations to re-introduce grants and crop levy had reached an advanced stage.
The ministry would take the matter of re-introducing grants to Cabinet after which it would be brought to the House for possible amendments.
Dr Phiri said that once put in place, the grant would assist councils to carry out capital projects and pay employees emoluments.
“I am hopeful that we will help councils because most of them are not in good shape, so we want to help them,” he said.
The Government is also arranging for an equalisation fund to councils with money to supplement their efforts.
The further also heard that Government would employ 200 immigration officers to be deployed throughout the country.
Speaker of the National Assembly Patrick Matibini has directed Dr Phiri to issue a ministerial statement following the alleged sale of a nursery located near State House by the Lusaka City
Council.
The minister last week said that LCC had not sold any property near State House.
This was after PF Chongwe MP Sylvia Masebo rose a point of order and provided a report by the LCC showing that the property near State House had been surveyed, numbered, sub-divided and valued.
Energy and Water Development Minister Christopher Yaluma is also scheduled to deliver a ministerial statement on increased power cuts around the country by Zesco, after a point of order was raised by MMD Chadiza MP Allan Mbewe on the subject.