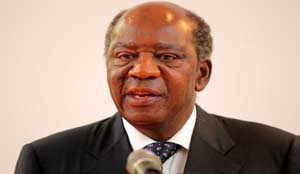 By MAIMBOLWA  MULIKELELA  –
The estimated 60 per cent poverty levels in Zambia can only be reduced if the country’s agriculture potential is diversified and converted into meaningful growth, Finance Minister Alexander Chikwanda has said.
Mr Chikwanda said there was an urgent need by stakeholders to convert the potential in the agriculture sector for the country to realise meaningful growth that will tone down the poverty levels estimated at 60 per cent.
He said it was important to translate the potential in the agriculture sector into reality in order to help improve the welfare of the Zambian people.
“Agriculture needs more attention beyond just looking at maize so that we can get the country moving and create employment opportunities,” he said.
Speaking in Lusaka, Mr Chikwanda said the agriculture sector should be the engine of growth and development prospects and hence the need to push the frontiers of agriculture as much as possible.
Mr Chikwanda said the private sector initiatives in the  agriculture sector were doing well and it was in the Government interest to support such efforts.
“Private sector initiative in the agriculture sector is doing well and we need to take interest as Government.Take for instance Zambeef Products’ investments in the palm plantation which I think is quiet impressive,” he said.
Zambeef had so far invested US$14 million in Mpika and Mr Chikwanda said the company was intending to  invest another US$5 million bringing the total to US$19 million.
They have planted about 2,500 hectares of palm trees  and this year the firm would add about 450 hectares bringing the total hectares to 2,950 and production was expected to come on stream next year.
He called upon the permanent secretary to find a lending institution that could partner with Zambeef in promoting the smallholder component to this scheme, saying that the smallholders have proved useful.
Mr Chikwanda said in Nakambala, the smallholders at Zambia Sugar were performing remarkably well adding that Kaleya contributed significantly to the production of sugar in the country.
He said another arrangement under the Manyonyo scheme was underway by the company to add 1000 hectares which would contribute the production of sugar.
Commenting on the cotton production, Mr Chikwanda said it was saddening to note that in 2013 the cotton production declined to about 48 per cent because the cotton producers were underpaid in 2012.
This chocked the sub sector which has huge growth prospects adding that the cotton was a very lucrative crop to grow.
Mr Chikwanda said in industrialised countries like the United States, the cotton industry was worth between US$25 billion and US$30 billion.