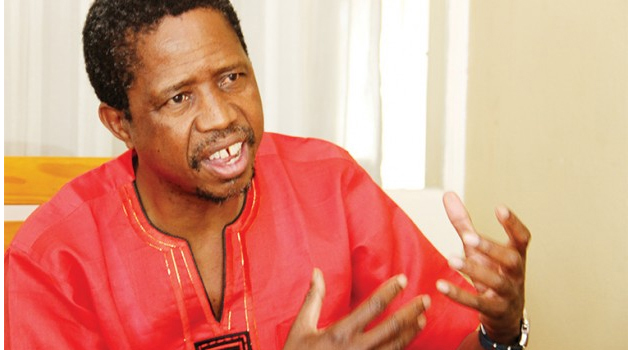 By SYLVESTER MWALE –
PRESIDENT Edgar Lungu says the recently announced floor price of maize will be increased by K5 in order to motivate farmers in growing more crops to avert possible hunger next year.
President Lungu said he will ask the Treasury to look for more money so that farmers can be given a rewarding price for their effort in making Zambia food secure.
The Food Reserve Agency (FRA) announced last week that the floor price of maize for this marketing is K70 per 50kg bag of maize. The purchase which would see the buying of 500,000 tonnes for food reserves started on Monday, this week.
Mr Lungu urged the FRA to look for market for the commodity following the deficit that the Southern African region was currently facing.
“Our farmers should be given the encouragement so that they can farm more because they are poor people in the rural areas, so we are going to increase the price of maize, as FRA of course; we will be going upwards to K75.
“So I will ask the Treasury to look for more money so that we are able to pay them a rewarding amount so that they are able to do a bit more next year. At the same time we would like FRA to go for the market in the region,” he said.
Apart from the Democratic Republic of Congo (DRC), which was Zambia’s traditional market for maize, countries such as Angola, Namibia, Botswana and Zimbabwe were all struggling with food shortages.
Mr Lungu noted that the food deficit was a serious problem in the region and Zambia risked being affected unless it motivated its farmers by giving them fair prices.
The President also urged Zambians to choose who they listened to because some people were just bent on criticising everything regardless of the benefits from his policies.
He said those who were arguing that it was not possible to create 500,000 jobs through the national youth policy and the action plan for the youth empowerment were merely doing so for the sake of being heard in the opposition.
“Those are critics, they will criticise everything even the height, they will say Lungu is not tall you mean you are listening to them? You should choose who to listen to,” he said.
He reiterated that the current power shortages being experienced in the country was nothing political because it had affected almost every country in the region including South Africa and Botswana.
Meanwhile, Mr Lungu has directed defence Minister Richwell Siamunene to learn how Botswana has managed to contain rampant poaching.
Mr Siamunene told journalists that he would be leading a team of experts to Gaborone in the first week of September to learn how Botswana had used its defence forces in containing illegal killing of wildlife.