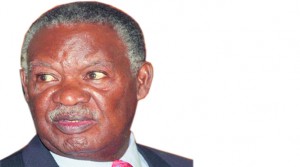 PRESIDENT Michael Sata is today expected here to attend the 22nd Ordinary Session of the Assembly of the African Union (AU).

While here, the President is expected to join other Heads of State and Government at the summit whose theme is ‘Agriculture and Food Security’.

On the sidelines of the AU Summit, which is expected to discuss the conflicts in South Sudan, Central African Republic and also to re-admit Madagascar, Mr Sata would attend a mini-summit for the New Partnership for Africa’s Development.

President Sata would also attend a mini-summit of the African Peer Review Mechanism, to which Zambia is a member, and a Food and Agriculture Organisation meeting.

Among other topics lined up on the AU agenda is the Vision 2063, which will see Heads of State and Government tailor a programme aimed at setting goals of what the Union should become 50 years from now.

It is under the Vision 2063 agenda that the African leaders are expected to start the implementation of the proposed United States of Africa, a brainchild of former Libyan leader Muammar Gaddafi.

According to the tentative agenda circulated after yesterday’s executive meetings which prepared the talking points for the Heads of State and Government, the AU would convene meetings every five years to discuss the progress on the formation of the United States of Africa.

Mr Simuusa said the retreat, among other things, discussed the conflict in the Democratic Republic of Congo, Central African Republic, South Sudan and the push for Africa’s permanent seat on the United Nations (UN) Security Council.

Mr Mukanga said in an interview that the meeting was aimed at developing African infrastructure at the same pace in all the countries.