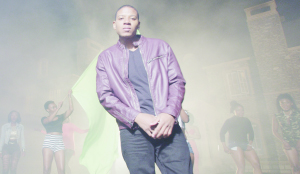 By JOWIT SALUSEKI –
ZAMBIAN hip-hop and dancehall artiste Mic Burner will be the first Zambian artiste to have his video exclusively premiere on DStv’s music channel Trace.
The video is also set to go on other music channels which include Channel O, BET, MTV and MTVBase.
The dancehall flavoured smash hit ‘Thought of You’ video which had a whooping budget of US$50,000 and was shot in South Africa and Namibia is set to premiere this month.
Mic Burners’ video is the hottest, most anticipated, most buzzed-about music video as it features some of South Africa and West Africa’s top artistes.
In an interview with the Weekend Times Entertainment, Mic Burner, real names Michael Mandona, said artistes should not be scared to invest in quality music.
“Music is a great investment, music is timeless and it’s ever profiting. Zambians should really invest in their music because the industry is like our daily bread.
“The time has come, we have very good music. All we need is just to take it out there, but it has to be of international appeal,” he said.
The artiste, who recently signed to Transblasts Entertainment, is pictured in the High Definition (HD) video living a ‘lavish lifestyle’; from walking in the desert to pulling up to a yard party full of pretty girls.
The hip-hop sensation dropped this tune earlier and it has lifted off his debut studio album.
The swell of excitement around has being overwhelming as it has received thousands of views after being posted on Monday.