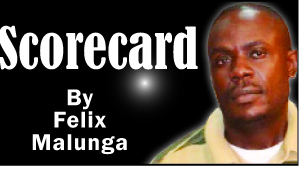 I HAVE keenly followed the unfolding events leading to this weekend’s reconvened Football Association of Zambia (FAZ) annual general meeting (AGM).
We are told the October 10 reconvened AGM is a continuation of the March 2015 council meeting where some unresolved items will tabled.
During the ‘adjourned’ AGM in Kabwe, the Northern Province Amateur Football Association (NOPAFA) tabled a proposal to change the structure of Division One so as to avoid play-offs for Luapula and Northern Province teams.
The NOPAFA proposal was debated by the council and later put to a vote where the motion was unanimously defeated.
However, FAZ president Kalusha Bwalya stated that irrespective of the outcome of the vote, the matter was still going to be tabled by the association’s Premier League and Organising Committee.
Kalusha had earlier asked NOPAFA to withdraw the motion because the matter needed more consultation with all stakeholders and that the Premier League and Organising Committee was also looking into the matter.
Whether the FAZ council passed a resolution on this matter or not, the executive committee went on to set up a three-man committee to undertake a national wide consultation with all stakeholders and give the NOPAFA proposal a ‘national and holistic complexion’.
Now I stand to be corrected but when an issue is put to a vote at an AGM I thought the matter is closed.
If it is resolved, then why should the same issue be brought back to the august house for reconsideration within the same year?
This has now become a contentious issue with those opposed claiming what FAZ is doing is outside the constitution but Football House insists there is no illegality.
FAZ claims the reconvened meeting is within the confines and provisions of the association’s statutes and that it is merely taking back the ‘NOPAFA’ discussion, though coming out in a different shape this time.
“From the foregoing it is clear that there is no illegality in the October meeting nor its earlier adjournment in order to conclude unfinished business. As an association, we will be failing in our duty if such resolutions which resonate so well with the football family are left unattended to,” read part of a FAZ statement.
Those opposed like former Kabwe Warriors chairperson, Andrew Kamanga claim FAZ has breached its constitution with regard to the reconvened AGM.
Kamanga stated that as far as he was concerned, the March AGM was conclusive and that the October 10 gathering had no legal backing.
Another football administrator, Simataa Simataa said the league restructuring motion was already defeated and should not be entertained, the reconvened meeting set for Government Complex in Lusaka.
Like Kamanga observed, the Sports Council of Zambia and indeed Sports Minister, Vincent Mwale should take keen interest in this issue and offer timely counsel to ensure the ‘beautiful game’ is not embroiled in wrangles.
Maybe the Law Association of Zambia as suggested by Kamanga should also step in and help in interpreting the FAZ statutes and ensure either Football House or those opposed are guided accordingly.
I believe that restructuring of the league will give some relief to some struggling clubs in terms of reduced expenditure.
Probably FAZ could have considered calling for an extra-ordinary council meeting instead of the continuation of the earlier gathering to deal with this matter if it is very urgent.
However, I pray for an amicable resolution to this matter and at the end football should be the winner. For comments email:malungaf@gmail.com