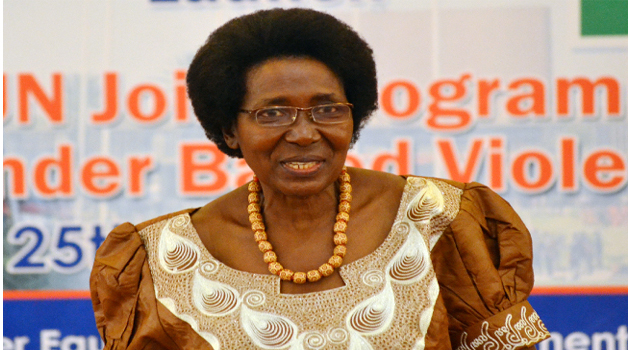 VICE-PRESIDENT InongeWina says the Government inherited a housing deficit which it cannot solve single-handedly.
Ms Wina, however, said the Government was making frantic efforts to alleviate the three million housing deficit in the country.
In a speech read for her by Deputy Minister in the Vice-President’s office Stephen Kampyongo during a dinner to commemorate the World Habitat Day, Ms Wina said other stakeholders needed to partner with the Government for it to address the housing unit shortage.
“Due to rapid urbanisation, the population growth rate in our urban areas is almost twice that of Zambia’s population growth rate. Our people are moving to towns and cities but unfortunately most of these people cannot afford housing in the city and thus build unsanitary houses in the slums.
“This has created negative economic and social consequences on the country. Ladies and gentlemen, as Government, we inherited a housing problem that we cannot solve alone,” she said.
Ms Wina said the revision of the existing outdated Housing Policy was one of the measures meant to rectify the challenges being faced in the housing sector.
Habitat for Humanity Zambia Board chairperson Douglas Katengo commended the Government for its bold stance to start reviewing the Housing Policy.
Mr Katengo said Habitat for Humanity was grateful for people’s contributions but conceded that the organisation had not done enough to significantly reduce the housing deficit, hence the challenge to do more, and appealed to the private sector to supplement the Government’s efforts.
Standard Chartered Bank managing director Andrew Okai said the institution would continue supporting Habitat for Humanity in creating decent shelter for the underprivileged people in society.