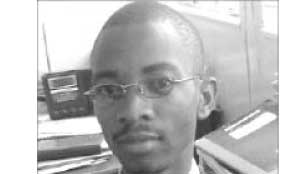 By REBECCA  MUSHOTA –
THE Immigration Department has rounded up 12 illegal immigrants in Lusaka.
Immigration Department public relations officer Namati Nshinka said in a statement yesterday that the department on Tuesday arrested 12 illegal immigrants for various offences.
Mr Nshinka said in an operation conducted in Kanyama Township, the department arrested four Tanzanians, three Congolese, three Rwandese and two Burundians for various immigration offences.
Meanwhile, the magistrate’s Court in Chinsali on Tuesday convicted and sentenced three Guinean nationals to fines of K1,000 each or in default nine months simple imprisonment for unlawful entry.
The three have since been deported from the country after paying the fines. The magistrate’s court in Zambezi District also convicted and sentenced three Somalis to one year simple imprisonment suspended for one year for failing to appear before an immigration officer.
In Solwezi, a Zimbabwean truck driver was arrested for unlawful entry into Zambia.
The Immigration Department has also arrested a Congolese woman for the same offence.
Mr Nshinka said that on Monday, three Malawians were arrested at Gonda Barracks for unlawful entry.
On the same date, the Immigration Department at Harry Mwaanga Nkumbula International Airport arrested an Egyptian national for using a forged entry visa.